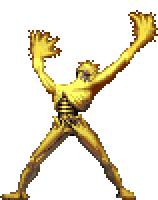 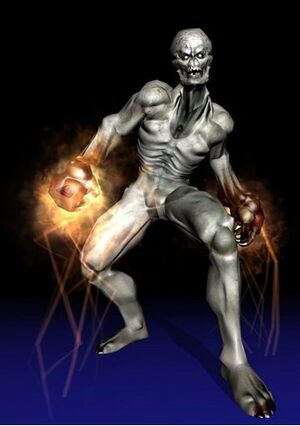 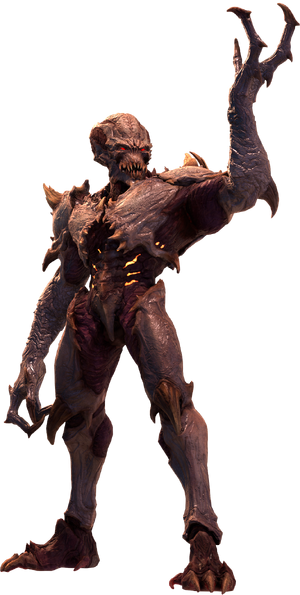 The Arch-vile is one of the most formidable enemies in DOOM, serving as a major threat even when encountered by itself. They are seen as 'evil healers' of some sort within the ranks of Hell, reanimating their fellow demons and incinerating those who attempt to stand in their way. Due to their large propensity for attacking anything that disturbs them, they pose just as much of a danger to their comrades as they do to their foes.

Tier: 9-B physically, 9-A with fire columns, higher with fire blasts

Powers and Abilities: Superhuman Physical Characteristics, Fire Manipulation, Distance Negation with fire blasts (Can completely ignore distance as long as the target remains within its line of sight), Necromancy, Summoning (Can summon any non-boss enemy in the game)

Attack Potency: Wall level physically (Slightly weaker than the Cacodemon), Small Building level with fire columns, higher with fire blasts (The most devastating of any non-boss attack in the original games. Significantly more powerful than the Baron of Hell's plasma projectiles)

Speed: At least Supersonic (Comparable to Doomguy, much faster than an Imp, the original games depict them as being among the fastest-moving enemies encountered)

Intelligence: Seemingly above most other demons in the series, as it is capable of utilizing tactics in combat. Despite this, it is somewhat unstable, and oftentimes makes little distinction between friend and foe.

Weaknesses: Far less dangerous in melee encounters. Prone to attacking anything that hurts it, and as such will lose focus on its main enemy if hit by a stray projectile from someone else. Is not immune to its own flames, and can in fact harm itself if it is within close proximity of the target when fire spells are cast. Most spells take a brief moment of standing still in order to cast, leaving it vulnerable to attack during that period. Fire blasts can be avoided altogether if the target hides behind cover before they are cast, and they leave the Arch-vile exposed to counterattacks if they miss.

Note: Not to be confused with the Summoner. Despite the two enemies fulfilling the same exact role within their respective games in the franchise, they are two different monsters with different abilities and thus should not be treated as one in the same.