VS Battles Wiki
Register
Don't have an account?
Sign In
in: Characters, Game Characters, Poison Users,
and 27 more 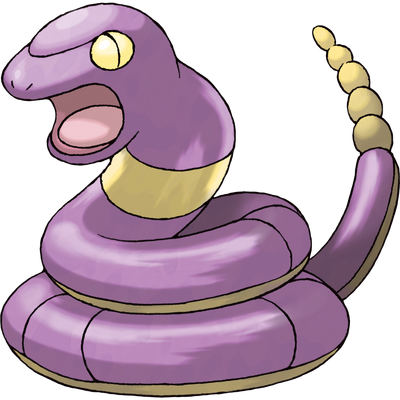 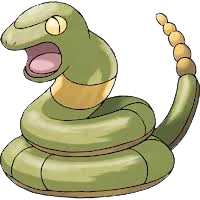 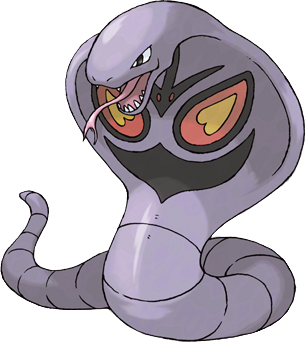 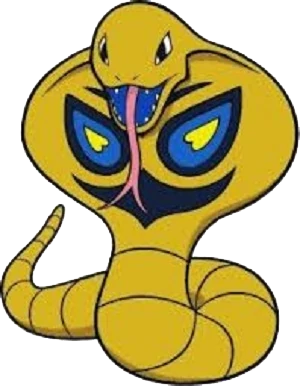 Arbok is a serpentine Pokémon that resembles a cobra. It has narrow eyes and several sharp teeth. Just below its head is a large hood with a face-like pattern. This pattern has over 20 possible variations. The pattern typically has two red and yellow eyespots outlined in black, a wide black streak resembling an upturned mouth, and a black V-shaped stripe above the eyespots.

Arbok is capable of crushing opponents by coiling its body around them and squeezing them tightly. It can even flatten steel oil drums. If it encounters an enemy, it raises its head, mimics, and stuns the opponent using the frightening pattern on its body. It can also make eerie sounds by expelling air from its mouth. It has been stated that if any part of Arbok's body except for the head is cut off, it can regrow the rest of its body again in a matter of a few weeks. It also has the ability to detect vibrations as shown in the anime. Arbok has been known to be capable of spending long periods underwater and surviving in aquatic environments. One particular Arbok could change its pattern at any time to increase power to different stats and get invulnerability to status conditions, if the pattern is uncovered.

Arbok is territorial. It lashes out at intruders with long fangs tipped with deadly venom. Vengeful in nature, it will not give up a chase once it targets its prey or an opponent, no matter how far. It makes its home in grassy savannas and plains. In the wild, it hunts smaller Pokémon. First it uses the pattern on its hood to immobilize prey, then it begins constricting them, and finally poisons the target to finish them off and eat them. It is also capable of paralyzing opponents with its former signature move, Glare.

Attack Potency: Multi-City Block level+ (Capable of battling Pokémon that can harm him. Comparable to Diglett and Horsea) | Mountain level+ (Comparable to Weezing)

Speed: Massively Hypersonic+ (Can dodge attacks from Magnemite and other Electric Pokémon) | Relativistic+ (Comparable to other Pokemon at this level, such as Golem)

Weaknesses: Some forms of Earth Manipulation and Telekinesis

All of the previous moves