VS Battles Wiki
Register
Don't have an account?
Sign In
Advertisement
in: Tier 6, Tier Low 6-B, Tier 6-B,
and 24 more 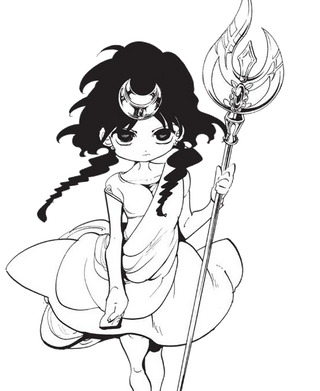 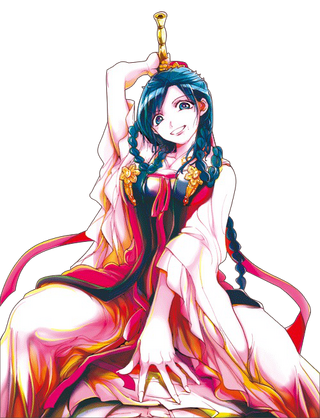 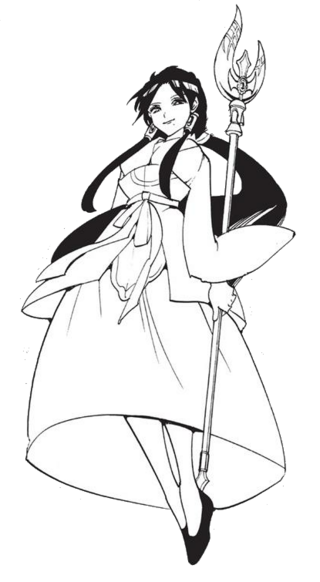 Arba (アルバ, Aruba) was one of King Solomon's three closest Magi and his advisor from Alma Torran. She was extremely powerful and part of Solomon's rebellion. She was the Magi who started Al-Thamen and betrayed Solomon. She was then trapped and sealed away for a millennium, eventually taking control of Gyouku Ren, the Kou Empire's Empress, and possessed Hakuei Ren afterwards.

Powers and Abilities: Superhuman Physical Characteristics, Extrasensory Perception (All magic can see rukh which exists in a dimension which normal people cant see), Exceptional Swordswoman (The Strongest in Alma Torran, taught King Solomon), Flight, Magoi Manipulation, White and Dark Rukh Manipulation, Lightning Manipulation, Light Manipulation, Non-Physical Interaction, Borg (Known for using Borg in an offensive way), Gravity Manipulation (With Ala Raqesa), Corruption (Types 1 and 2) and Mind Manipulation (Can corrupt people's minds and force them into depravity and dying their Rukh/Soul black, forcing them to serve her), Soul Absorption (The rukh is the soul and having all of one's rukh absorbed will kill them. Arba, as a magi, could klll Dark Djinns by absorbing their rukh]), Absorption and Power Nullification (As a Magi, she can absorb Magoi from the world around her to maintain her strength, and was able to weaponise this ability by absorbing the Magoi from Judar and Hakuryuu, dispelling Hakuryuu's Djinn Equip and preventing Judar from using magic), Summoning (summon other members of Al Thamen), Acausality (Type 4; Is Fallen) and Fate Manipulation (The creation of Black Rukh is the reverse of the fate or White Rukh created by Solomon. Essentially cursing fate because a state of events happened therefore going against preordained fate and creating a new fate where the world is full of darkness and chaos. [Explained by Ugo here]), Dimensional Travel (Al Thamen travels from Alma Tran to the new world as pure will), Death Manipulation and Curse Manipulation, (She can curse others with Black Rukh making it so that their essence of Rukh is half Dark and half White. If they resist the Dark Rukh taking over them both White and Dark Rukh will destroy and cancel out eachother), Limited Possession, Longevity, Regeneration (Low-High; regenerated from a puddle of blood), Immortality (Type 3 and 9, can exist as a disembodied soul in her own dimension. Limited Type 6, as she can possess certain people and take over their bodies, albeit likely not combat applicable as they must be of her bloodline. Type 4, When a Magi dies, their Rukh goes back to the Sacred Palace and then be resurrected once again into the world by Solomon. If a compatable clone of the Magi exist they can resurrected immediately), Resistance to: Magic, Soul Manipulation and Mind Manipulation (Arba was one of the first that has falling into depravity and thus she was unaffected by Sacred Palace Sinbad rewriting the Ruhk which governs souls and fate and altered the minds of the planet's population)

Speed: FTL via power scaling (Even keeping up with Yunan, she called herself slow in this form. It is feared even by characters like Kouen and Hakuryuu)

Stamina: Extremely high. As a Magi she has a virtually endless supply of Magoi (As long as her body can handle it). As well as being strong physically, she has very powerful regeneration so he can heal injuries and keep fighting.

Intelligence: Genius in the field of magic. Manipulated several events in the world to further her own agenda.

Weaknesses: Extreme obsession towards her "father", can be overconfident sometimes

Feats: Was easily beating Judar and Hakuryuu (until magic isolation barrier). Regenerated from just 2 hands after Yunan blasted her with lightning and crushed her. Endured the lightning blast even though her skin was gone, fought after it. Took on Hakuryuu and 2 Kou Generals with no magic.