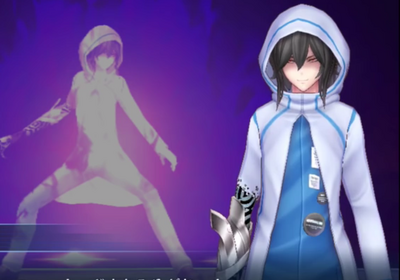 Arata Sanada is a main character of Digimon Story: Cyber Sleuth. He is the former leader of the hacking team known as "Jude". Bright, socially awkward and hopelessly obsessed with manga, Arata (or "Blue Box") is one of Takumi's best friends, along with Nokia, Ryota and Sakura.

Arata was the former leader of the "Judes" a famous hacking team in EDEN. After a mysterious incident revolving around the server "Under Zero" and "Valhalla" they disbanded to make sure everyone was safe. Arata has a pessimistic outlook and condescending attitude, often looking down on Nokia and to a lesser extent, Takumi. Despite his attitude towards them, it's still clear that he cares about his friends and looks out for them. It's implied that one of the biggest reasons he decided to help Suedo and became an Eater in the process was so he could protect them.

Arata's team consist of the Kuramon line, likely a reference to Digimon: Our War Game were the Kuramon line does battle with the Digidestined which ended in a battle between Omegamon [Whom Nokia commands] and |Diaboromon.

Darkness Manipulation, Can eat data to become stronger, Duplication (Can create countless clones of itself. It's clones however have lesser abilities), All of his attacks have a chance to instantly kill the opponent, Can lower his foe's durability, Light Manipulation, Poison Manipulation, Immortality (Type 5), Resistance to Existence Erasure (Is a natural inhabitant of the Dark Area and thus is a nonexistent being).

Can summon meteors, Age Manipulation (Can de-age his opponents), Flight.

Offensive Information Manipulation and Absorption via Contact (Can absorb one's very essence or can "eat" them to gain power), Reality Warping.

Attack Potency: Athlete level (Got into a fist fight with Takumi) | At least Island level (His Digimon should be somewhat comparable to Takumi's Party) | Possibly Galaxy level (Fought many strong foes in Valhalla, Should be superior than Jimikens and other Demons. Aided in the defeat of "The Pale Boy". Shouldn't be too much weaker than Nokia who commands WarGreymon and MetalGarurumon) | High Complex Multiverse level (Kyoko stated that Arata didn't rival the Royal Knights, but "he's approaching that level abnormally quickly". Nearly killed Gallantmon and fought Examon) | High Complex Multiverse level (Fought end-game Takumi on equal grounds. Should be comparable to the Royal Knights. Superior to Eater Eve who was nearly as strong as Crusadermon) | High Complex Multiverse level (Could aid in defeating multiple Yggdrasil Avatars)

Intelligence: Arata is a very smart kid. At a young age, he managed to hack into Under Zero, a very well protected EDEN server that was stated to be the "promised land" for Hackers. He is also a decent tactician, contributing to the defeat of many powerful enemies such as Yuuko, Eaters and the Mother Eater itself.

Weaknesses: Overly confident in his own abilities. 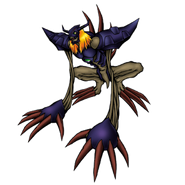 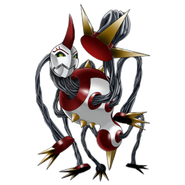 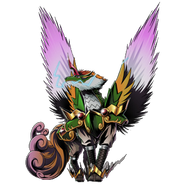 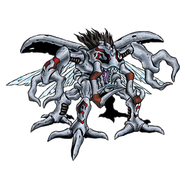 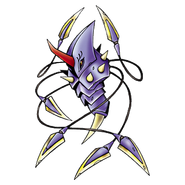 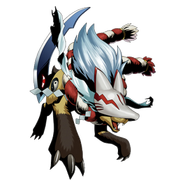 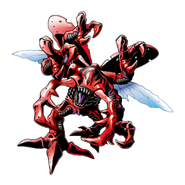 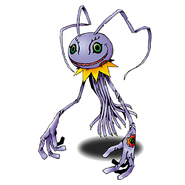 Keramon
Add a photo to this gallery

Retrieved from "https://vsbattles.fandom.com/wiki/Arata_Sanada?oldid=7007804"
Community content is available under CC-BY-SA unless otherwise noted.