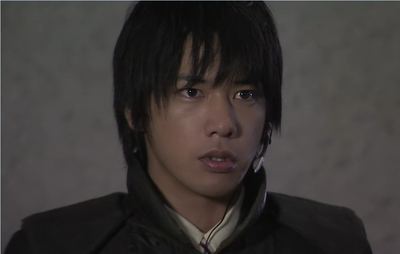 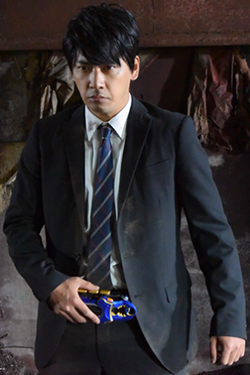 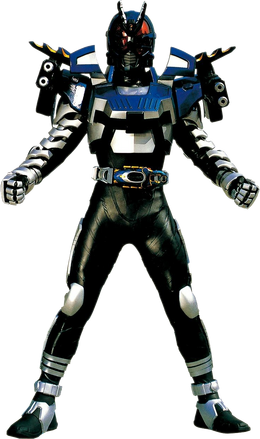 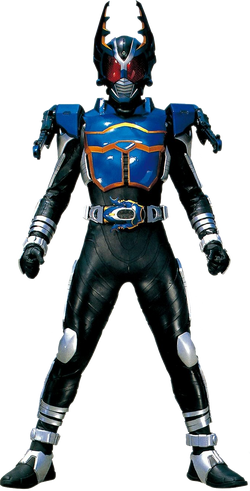 Arata Kagami (加賀美 新, Kagami Arata) is the son of ZECT's leader Riku Kagami, unaware of the organization's true agenda while fighting for the betterment of humanity as Kamen Rider Gatack (仮面ライダーガタック, Kamen Raidā Gatakku). Having joined ZECT to avenge his younger brother Ryou Kagami, works with Hiyori at Bistro La Salle, Arata has a good heart but is impulsive oftens act without thinking.

During the events of Kamen Rider Zi-O, learning he is one of the few to remember ZECT and the Worms due to a time distortion, Arata helps the titular protagonist prevent a new Worm invasion while representing Tendou.

Powers and Abilities: Superhuman Physical Characteristics, Transformation, Master at H2H combat (Despite being only a field agent, he frequently takes on Worms while being armed only with his standard-issue collapsible pistol. When fighting as a Kamen Rider, Kagami's fighting style largely involves brawler-type moves, frequently tackling his enemies and opting for rapid punches and kicks. He makes full use of his weapons in battle, shooting and slicing Worms in quick succession. This, combined with ClockUp, allows him to defeat swarms low-class Worms with little to no effort at all), Weapon Mastery, Enhanced Senses with O Signal and Compound Eye, Statistics Amplification with Clock Up (It boosts his speed greatly). | Same as before but much stronger plus Time Travel with Hyper Clock Up (Moving at speeds that are estimated to be twice as fast as a regular Clock Up and it also has the ability to travel through time).

Intelligence: Average (Even if he isn't the brightest tool in the shed, Kagami still manage to fight side by side with Tendou and other experienced agents. Is the first ZECT Agent to kill a Worm on his own by impaling it with the retractable bayonet of a Machine Bladegun on one occasion.)

Weaknesses: Normal human weakness | The Masked Form had better defence capability but much slower. In Rider form, Clock Up has a time limit.

Retrieved from "https://vsbattles.fandom.com/wiki/Arata_Kagami?oldid=5966499"
Community content is available under CC-BY-SA unless otherwise noted.