VS Battles Wiki
Register
Don't have an account?
Sign In
Advertisement
in: Tier 4, Tier 4-C, Tier 3,
and 130 more 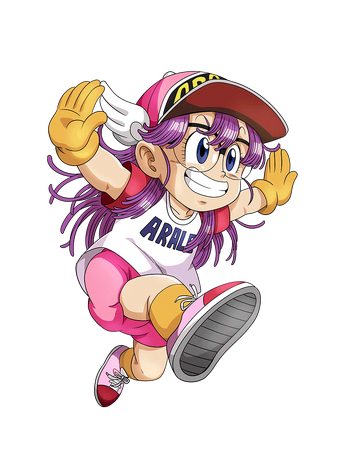 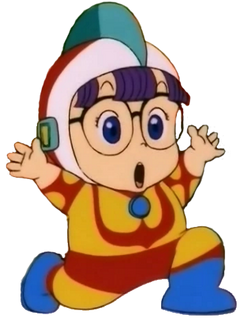 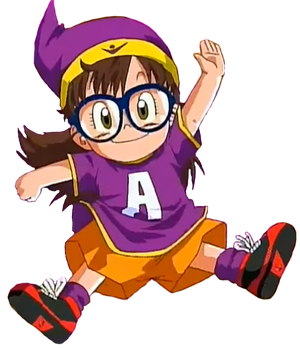 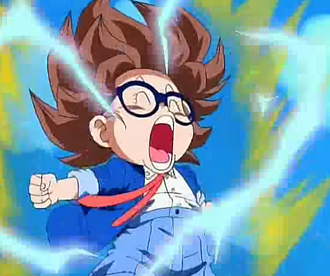 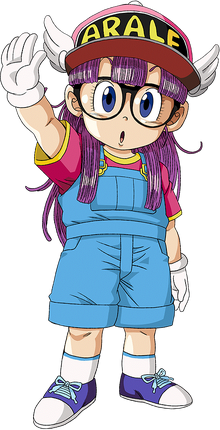 Arale Norimaki (則巻アラレ, Norimaki Arare) is a robot built by Senbei Norimaki that looks like a little girl. She is known for her naivety, energetic personality, lack of common sense, and amazingly unbelievable strength. Among her strength, she can use abilities that range from the terrain splitting Chikyūwari (Earth Chop) to the beam-like Nchahou (N'cha Cannon). She is nearsighted and needs to wear glasses. Senbei Norimaki's mission is to convince the other citizens of Penguin Village that she is just a normal human girl. It seems to work, despite her superhuman athletic ability.

She has long, bluish-purple hair in the original manga and anime series, but has dark-brown hair in the 1997 Dr. Slump anime. Like the name of the other major characters (senbei), Arale is a pun on the name for a bite-sized rice cracker (arare), and with the family name ("Norimaki Arare") it refers to a sort of arare wrapped with nori seaweed.

Origin: Dr. Slump (Made a few appearances in Dragon Ball)

Via the PonPoko Morph Gun

Via the Reality Machine

Via the Big-Small Ray Gun

Via the Future Camera

Via Numb Ray and Binding Tape

Via The Mystery Item and Rejuvenation Potion

Via the Time Stopwatch

Via the dragon radar

Via a Manga or other similar items

Attack Potency: Star level (Punctured the Sun[4]), higher via N'cha Cannon (A volley of Arale's punches does absolutely nothing to a meteor, while a blast from her and Gatchan completely annihilated it[151]). Up to Multi-Galaxy (Via the Reality Machine; This has created multiple solar systems[65] and a replica of the kai world from Dragonball[64]). Arale has Durability Negation with various abilities | Universe level (Despite not taking anything serious at all, she fought on par with post Future Trunks Arc Super Saiyan Blue Goku, and was considered incredibly strong by both him and Vegeta[59]), higher via N'cha Cannon[151]. Arale has Durability Negation with various abilities

Lifting Strength: At least Class Y (Knocked a giant meteor away with her physical force, and it turned out to be the moon[2]. She also jumped and caused the Earth to smash into Venus[152]) | At least Class Y

Durability: Star level. possibly Multi-Galaxy level (Cracked the Sun and survived[96]. Withstood the destruction and collapse of a pocket dimension, which contained a replica of the kai world from Dragonball[64]) | Universe level[59]

Stamina: Superhuman (As long as her battery is charged, she has limitless stamina. Her battery has an inconsistent limit, but in situations the battery doesn't seem to affect her. Such as when the plot took place in prehistoric times, where that technology didn't exist yet[41])

Standard Equipment: Almost whatever she wants through Hammerspace, this includes her equipment.

Intelligence: Genius (Arale can build devices, such as a additional head[24]. She also helped Senbei build a space cruiser type ship in around a day[46]. Arale's knowledge permeates to a broad range of skills as well, including persuasion, stealth, marksmanship, weapon and vehicular usage, etc. However, she is very naive and lacks common sense most of the time)

Weaknesses: If her battery is low she can shut down[139], using N'cha Cannon can drain her energy supply[153]. Almost never take a fight seriously. Easily gets distracted by poop[154].