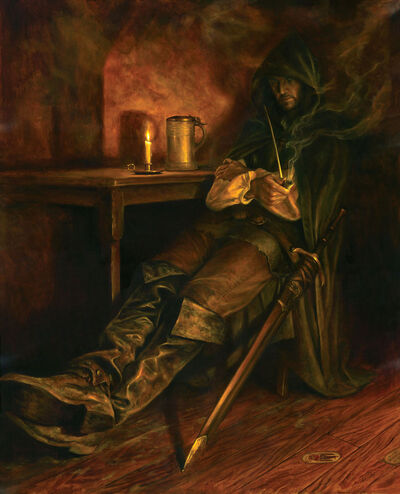 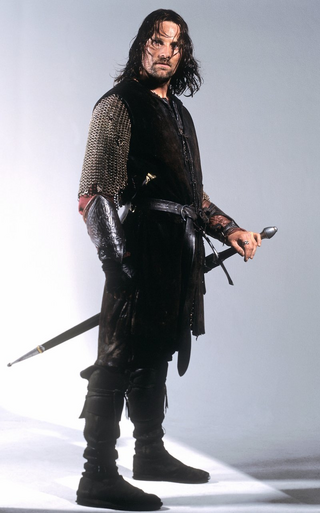 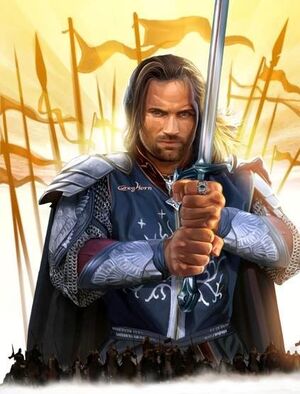 Aragorn was the son of Arathorn II and Gilraen. He was the last Chieftain of the Dúnedain and a direct descendant through many generations of Isildur, the last High King of both Arnor and Gondor. Aragorn would become the greatest Man of his time, leading the Men of the West against Sauron's forces, helping to destroy the One Ring, and reuniting the Kingdoms of Arnor and Gondor.

Name: Aragorn, Elessar as king, Strider as a ranger, Wingfoot (name given by Éomer)

Powers and Abilities: Peak Human Physical Characteristics, Longevity, Swordsmanship Expert (One of the best swordsmen in Middle-earth), Skilled Archer, Expert Scout/Tracker and Hunter, Willpower/Telepathic Resistance (Can contend with Sauron through the Palantir), Skilled Healer, Non-Physical Interaction (Aragorn crosses blades with and grabs hold of the intangible leader of the Dead Army)

Attack Potency: Wall level (Tossed Gimli who he is comparable to. Defeated many Uruk-hai and goblins. Being a career elite warrior, his physical strength should be comfortably above that of most humans)

Stamina: Very high (Can keep fighting for hours and can run for days)

Standard Equipment: Andúril (the sword of the King of Gondor), longbow, elven dagger

Weaknesses: He fears his own humanity, as he fears that like his ancestor Isildur, he will fail when the world needs him most.