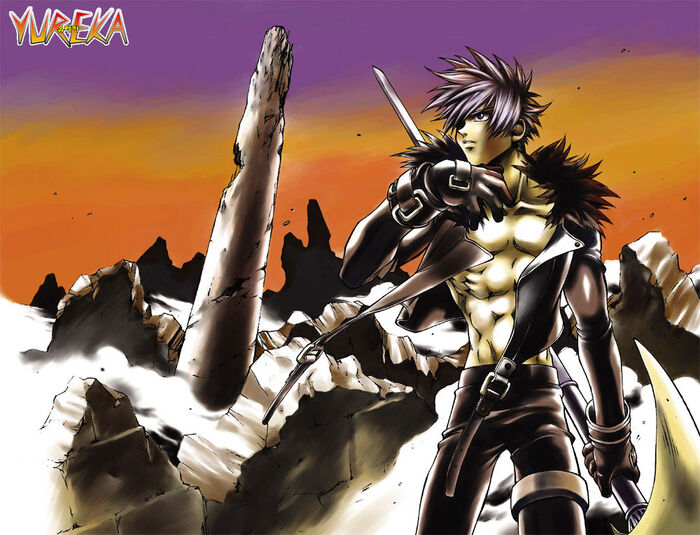 A player killer hunter, Aradon is one of the best players in the game and Lotto's rival. He is capable of using lightning and atmospheric magic, along with being a master-class swordmaster,initially wielding the sword of harmony, and then later Gladiat, the master-class weapon of a swordmaster. He is currently a triple master class in the warrior, mage, and swordmaster discipline. His aim is to become the "perfect" mage.

Speed: At least Supersonic, possibly faster (Can fight against Ban)

Aradon is a highly skilled player having been the first to reach both double and triple master class levels.

He also can use other magic spells:

Retrieved from "https://vsbattles.fandom.com/wiki/Aradon?oldid=4106765"
Community content is available under CC-BY-SA unless otherwise noted.