VS Battles Wiki
Register
Don't have an account?
Sign In
in: Tier 4, Tier 2, Glass Cannons,
and 39 more 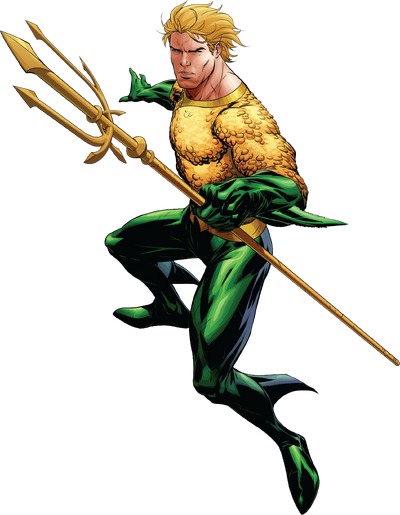 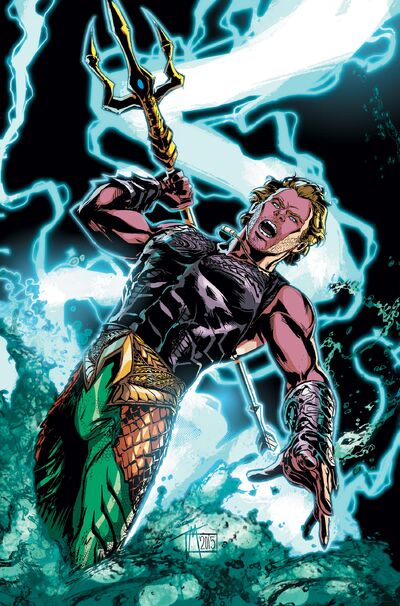 Arthur Curry is Aquaman, an adventurer who is half-human and half-Atlantean. This gives him a variety of powers including superhuman strength, telepathic control over marine life, and the ability to survive both in water and on land. He belongs to the royal family of Atlantis, and normally acts as their king. His romantic partner is the princess Mera of Xebel. He is a founding member of two superhero teams, the world-famous Justice League and the clandestine Others

Tier: 4-B, Low 2-C Environmental Destruction via Absorption | 4-B

Attack Potency: Large Planet level typically, Solar System level at peak (Has fought against Wonder Woman, Superman, and Martian Manhunter), Universe level+ Environmental Destruction using Absorption (Trident of Poseidon can be used to absorb realities, in the process destroying itself. The structures associated with the Thule invasion are stated to "rip through the reality" and their attempts of merging were beyond the earth, and are mentioned to be another dimension with their own planet systems) | Solar System level (Should be comparable to Rebirth Superman and Wonder Woman)

Stamina: Very High (Outside of water), Extremely High (In water)

Standard Equipment: Trident of Neptune, Trident of Poseidon (Although a replacement for the trident of the same name that he sacrificed, it is still presumably capable of changing shape into various weapons, manipulating elemental energies such as water, lightning, ice, and rock, projecting barriers against magic, granting its wielder flight, and teleporting across bodies of water)

Weaknesses: Lack of Water (Becomes progressively weaker the longer he is without water).