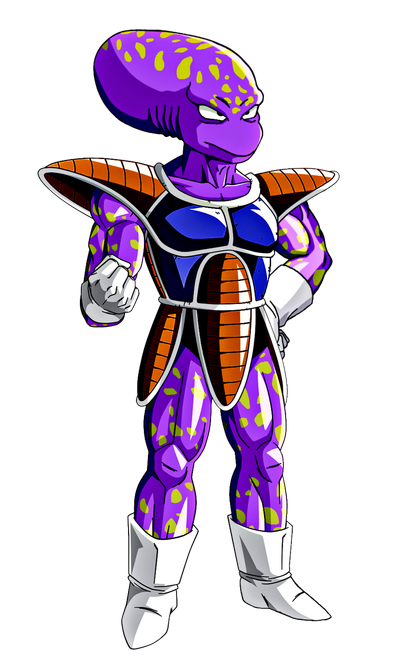 Appule is an alien antagonist in the Dragon Ball series. He is a mid-ranking soldier in Frieza's army, with higher intelligence and power, above the unnamed Frieza Soldiers in ranks, but lower than Zarbon, Dodoria, and Cui.

Powers and Abilities: Superhuman Physical Characteristics, Acrobatics, Skilled in Martial Arts, Flight, Ki Manipulation (Can be used defensively and offensively, to strengthen his skin or to fire ki blasts, which can home in on targets and form defensive barriers), Resistance to Extreme Cold and Cosmic Radiations

Intelligence: Unknown (Shown to be a skilled medic by looking after Vegeta when he was in the healing tank)