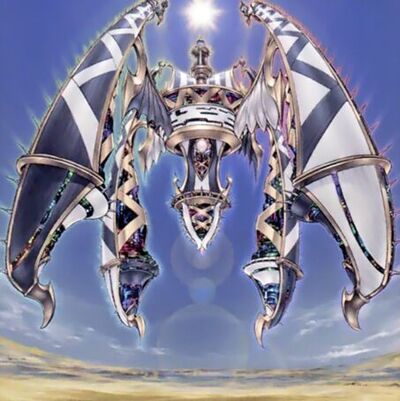 One of the main defense systems of Naturia Sacred Tree, Apoqliphort Towers is a factory complex for producing maneuverable weapons that has been sealed beneath the root of the tree along with the other Qliphort. It initially is used to push back the Shadoll corruption, but due to Tierra, Source of Destruction’s machinations turned against the armies fighting the Shadoll as well.

Attack Potency: At least Large Star level, possibly Galaxy level (As one of the strongest Qliphort weapons it should be vastly above fodder Qliphorts that are able to fight and kill Shaddolls)

Durability: At least Large Star level, possibly Galaxy level (durable enough to hold El Shaddoll Construct without her being able to escape on her own)

Retrieved from "https://vsbattles.fandom.com/wiki/Apoqliphort_Towers?oldid=4659736"
Community content is available under CC-BY-SA unless otherwise noted.