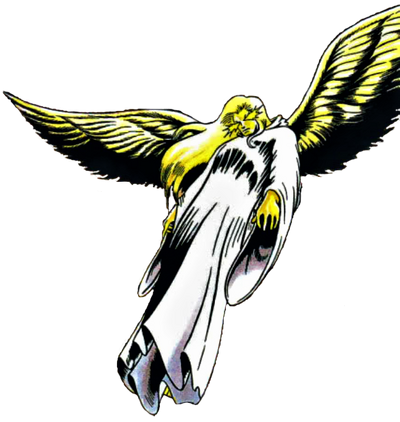 Age: Billions of years old (Existed prior to creation)

Attack Potency: High Universe level (Had it been left unchecked, the battle between Apolyon and the Trinity of Evil would have destroyed the entirety of Hell, a realm which is infinite in size.)

Speed: Massively FTL+ (Intercepted and destroyed a moon thrown from a distant galaxy)

Range: Standard melee range physically. Possibly up to High Universal with his powers.

Intelligence: Genius. On top of having several billion years of experience, he possesses forbidden knowledge regarding the truths of creation and the nature of existence.

Retrieved from "https://vsbattles.fandom.com/wiki/Apolyon_(Chaos_Comics)?oldid=4418216"
Community content is available under CC-BY-SA unless otherwise noted.