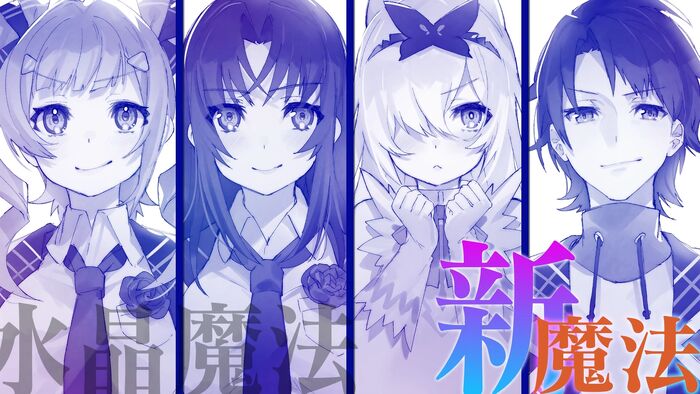 Apocalypse Witch: To the Strongest of an Age of Plenty is a light novel written by Kazuma Kamachi and illustrated by Mika Pikazo.

The world is under attack by a mysterious Threat capable of wiping out cities and countries overnight. A select few humans can use the cutting-edge magic technology known as Crystal Magic, and those with said talent are gathered in Ocean Crystal Magic Academy Grimnoah to train to fight the Threat. Karuta Utagai is a student at Grimnoah, but his life is changed by the sudden visit of one of the Problem Solvers, the world's five strongest magicians who unlike Crystal Magicians use old-fashioned God Worshipping Magic. The Problem Solver speaks to the entire student body, calling them all incompetent and announcing the shut down of Grimnoah, thus opening the curtain to a clash between new magic and old magic.

The verse is still lacking in feats. So far Crystal Magicians generally display Small Building level AP/Durability and Supersonic flight speed, although their combat speed on the ground is much slower. They possess regeneration and immortality, although any lethal attacks will disable them for a long time, and generally fight using lasers. The strongest people in the world, conversely, have much more powerful magic that is capable of easily killing Crystal Magicians and can reach Town level, but they are glass cannons with human bodies and generally lack strong defenses and superhuman speed.

Retrieved from "https://vsbattles.fandom.com/wiki/Apocalypse_Witch?oldid=5802253"
Community content is available under CC-BY-SA unless otherwise noted.