VS Battles Wiki
Register
Don't have an account?
Sign In
Advertisement
in: Characters, Male Characters, Cartoon Characters,
and 21 more 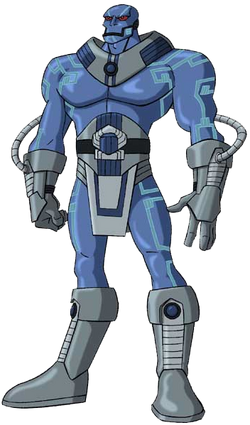 Stamina: High (was imprisoned in the Eye of Ages for millenia)

Range: Several dozen meters with Energy Projection, Planetary for the transformation of humans into mutants

Weaknesses: Vulnerable when powering the device to transform Humans into Mutants, His powers can like any other mutant powers be disrupted by Scarlet witch and Dorian's powers

After his reawakening, having absorbed the powers of various mutants

After merging with the Eye of Ages