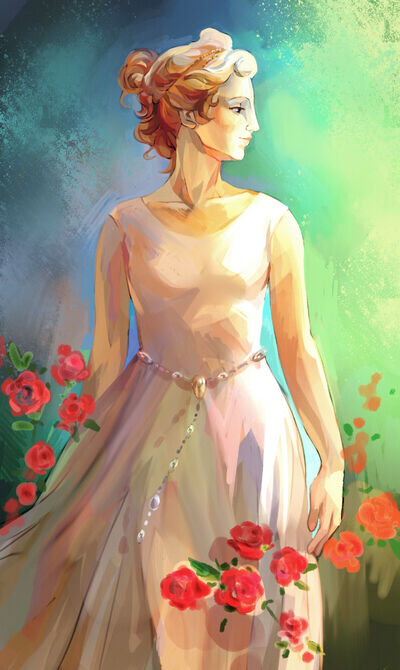 Aphrodite is the Greek goddess of beauty, love, lust, desire, sexuality, and pleasure. Her Roman counterpart is Venus.

Powers and Abilities: Superhuman Physical Characteristics, Immortality (Types 1 and 8 [Won't die until the concept she embodies, love, or the original Pantheon in Greece are destroyed.]), Shapeshifting, Animal Manipulation (Can control animals that are sacred and attributed to her, such as doves, swans and hares), Mind Manipulation, Transmutation, Teleportation, Curse Manipulation, Summoning, Telepathy, Cosmic Awareness and Supernatural Sight, Size Manipulation, Flight, limited Omnipresence (Can exist in many places at once), Reality Warping, Life Manipulation, Limited Air Manipulation, Limited Plant Manipulation, Energy Projection, Divine authority and absolute control over the emotions of love and desire, Regeneration (At least Low-High, albeit over time, but only if is scattered into essence first.)

Attack Potency: Large Star level via power-scaling (Should be comparable to other Major Olympian Gods like Ares, Dionysus or Athena)

Speed: Massively Hypersonic+ (Comparable to Hermes). Speed of Light attack speed (Can turn into light. Comparable to the other Olympian gods). Relativistic combat speed and reactions (Can fight other gods). Can teleport.

Durability: Large Star level via power-scaling (Immortality and the nature of her true form make her difficult to kill)

Stamina: Godly (As a God, she rarely suffers from physical exhaustion and will never succumb to the effects of illness or aging)

Standard Equipment: Girdle (Makes her irresistible to the opposite sex)

Intelligence: High (Immortal being with thousands of years worth of knowledge)

Weaknesses: Has all the weaknesses of a normal god: They can be injured by supernatural weapons if they decide to fight physically; he/she may weaken, age, and take the form to represent their current state of said domain if its attacked; they fade from existence — either from a lack of worship or the diminishing of their domain and if their thrones (or other sources of power) are destroyed, they will also fade along with it or become so weakened that they can no longer take a physical form. The only way to permanently defeat a god is to scatter their essence.

Retrieved from "https://vsbattles.fandom.com/wiki/Aphrodite_(Riordan)?oldid=6378510"
Community content is available under CC-BY-SA unless otherwise noted.