VS Battles Wiki
Register
Don't have an account?
Sign In
Advertisement
in: Tier 7, Tier 7-B, Characters,
and 39 more 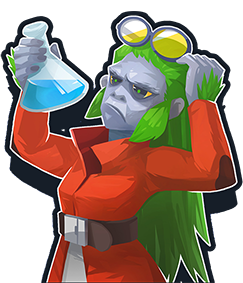 Apex are the most advanced of the current races. While they used to have humanoid appearances close to humans, the great leader of their race, Big Ape, quickly administrated a serum to the entire species, evolving their minds but devolving their body into that of apes.

Intelligence: Very high (The Apex are by far the most advanced race in the known universe, and their brains have been engineered to be even more efficient.)