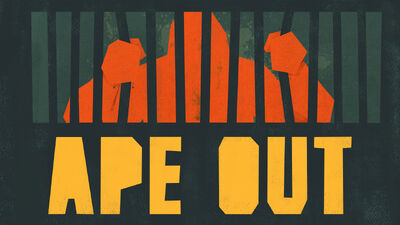 The Ape is an ape who escaped from captivity. It now rampages around, destroying its captors with lethal force.

Attack Potency: Wall level (Can rip large metal doors off their hinges and easily smash humans against walls so hard that they explode)

Speed: Peak Human (Can outrun and avoid heavily trained guards, most gorillas can run at about 10.5 meters per second)

Stamina: Very High (Can continue running and fighting for as long as it needs, being shot and losing blood don't even slow it down)

Start a Discussion Discussions about Ape (Ape Out)