Aoi Nogami (野上 葵, Nogami Aoi) is one of the main protagonists of Zettai Karen Children. Aoi is a Level 7 Teleporter, who works for B.A.B.E.L. in a group called The Children. She is from Kyoto and also speaks in their local dialect.

Powers and Abilities: Spatial Manipulation with focus on Teleportation, Pseudo-Flight through teleportation, Resistance to Mind Control

Stamina: High, could even as a child constantly teleport for 3,5 hours with a total of 12000 teleportations. Physically on the level of a fit human.

Range: Likely hundreds of kilometers as adult (Feather, whose teleportation ability comes from Aoi, teleported herself 280 kilometers at once). Her range is inversely proportional to the number and weight of people/objects she is teleporting as well as the number of times she is teleporting. A supercomputer predicted that her power would be sufficient to teleport her an infinite distance, though that likely is not possible while she stays in control of her power.

Intelligence: Above average for a school student (Good at learning)

Weaknesses: In heavy rain or similar things her spacial awareness and with that the accuracy of her teleports go down.

Note: This profile uses feats from Aoi as Child, Middle Schooler, High Schooler and Adult at once. 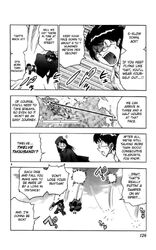 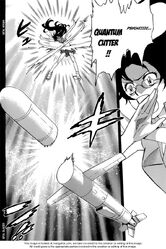 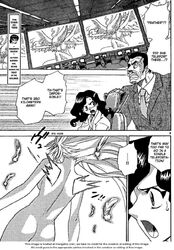 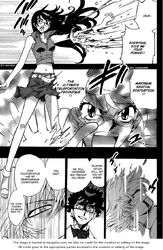 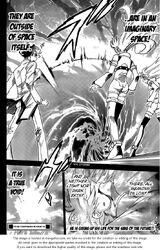 Teleportation to Imaginary Space 2
Add a photo to this gallery