VS Battles Wiki
Register
Don't have an account?
Sign In
Advertisement
in: Tier 1, Tier Low 1-C, Characters,
and 50 more 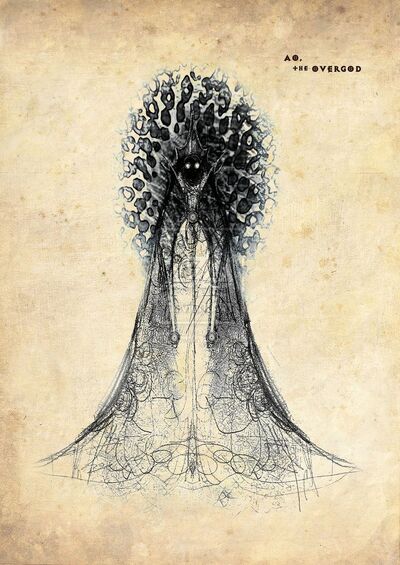 Ao is the Overgod of the Dungeons and Dragons multiverse featured in the Forgotten Realms setting (commonly known as Abeir-Toril) and watches over all of the primordials, gods, and deities' activities, acting as supreme authority over their behavior and actions, being able to utterly destroy gods at a whim and create new ones to take their place without incident. He currently traverses the multiverse, remaining in areas outside the confines of time and space, only appearing once one of his rules has been broken.

Classification: The Overgod, The Hidden One, The Watcher, Overdeity, Governance of the Gods

Attack Potency: Low Complex Multiverse level (Ao is stated as existing beyond the bounds of divine ranks in the same fashion as a teacher is outside the grades given to students. He exists beyond the concept of alignment, something all deities are bound by. He can depower any number of gods with a mere thought, as evidenced within the Time of Troubles. Ao is an order of magnitude greater than any deity and exists beyond the forces of the universe).

Durability: Low Complex Multiverse level (Even the combined might of all the gods would not be enough to affect him in even the slightest. Transcends all concepts within the Realmspace, including alignment and divine rank).

Range: At least Multiversal, his influence spreads to all deities, gods, and primordials across all spheres in the multiverse

Intelligence: Nigh-Omniscient (Has complete knowledge of all the primordials', gods', and deites' activities at all times, not to mention those of lower beings)

Weaknesses: Ao's powers are limited to the Forgotten Realms multiverse. Anything outside of that multiverse or originating from outside of it is immune to/cannot be affected by Ao.

Sphere of Annihilation: A spell that is said to be powerful enough to destroy all of the Primordials, Gods, Deities, and all layers of existence and non-existence within and possibly outside the confines of the multiverse. The spell takes form as a hole or orb of magic 2 ft. across that will suck anything it touches into the void, with the only way a target can restore themselves being though the direct intervention of another deity. Almost all spells that dispel magic are ineffective toward it, and taking control of it would require a target to be of the highest order of ranks. The spell can still very easily fall out of the target's control, considering whom they are dealing with, even at that point.