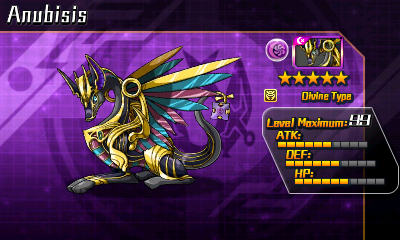 Anubisis is a mysterious and powerful monster found in Puzzle and Dragons Z. They have received their power directly from Arkvelza, the Skydragon of Death. While they aren't as strong as that Skydragon, they do have some dominion over death, making them a formidable opponent for the player.

Speed: Massively Hypersonic+ (Should be comparable, if not superior, to Verche)

Retrieved from "https://vsbattles.fandom.com/wiki/Anubisis?oldid=5521699"
Community content is available under CC-BY-SA unless otherwise noted.