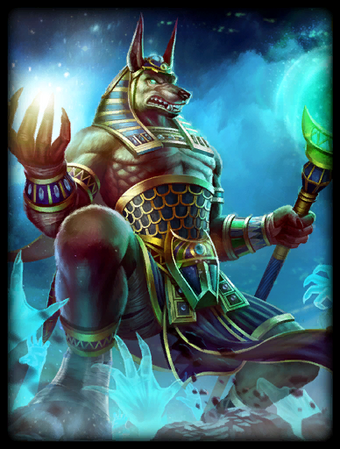 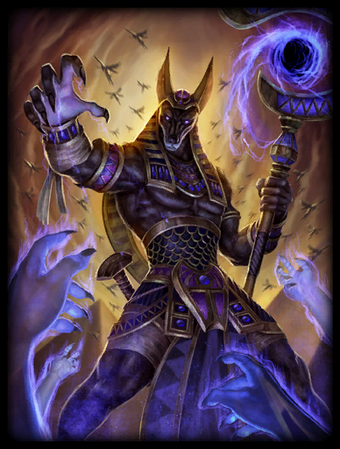 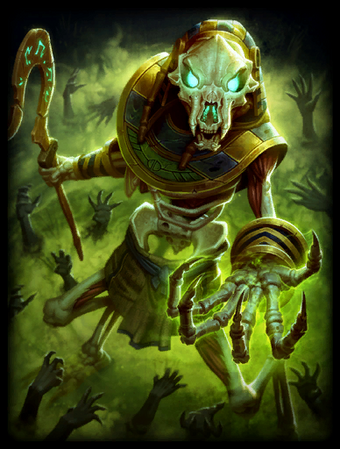 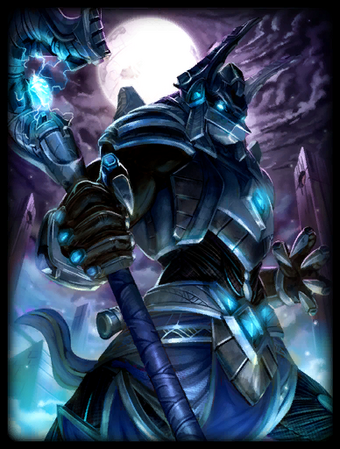 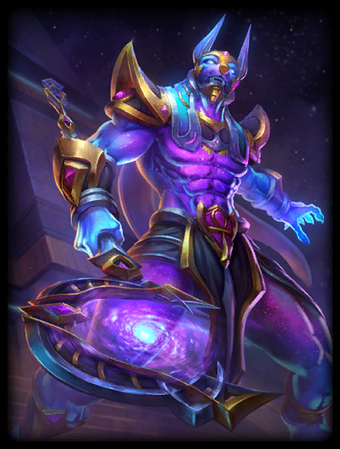 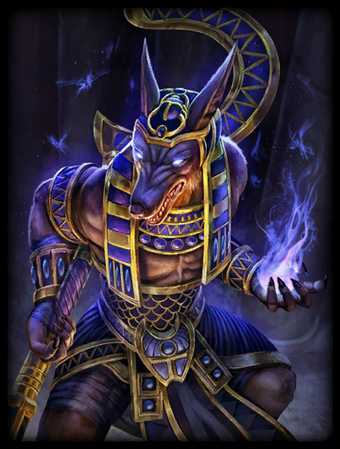 Jackal-headed Anubis holds the ultimate judgment over the dead, measuring every heart against the weight of Truth.

Nephthys, wife of Set - the God of Darkness - desired a child, yet her husband was infertile, so Nephthys disguised herself as Isis, the wife of Set's brother Osiris, and seduced him. From that union, Anubis was born. Osiris cared for Anubis as his own, but when Osiris was murdered by his evil brother, Set, Anubis embalmed his adopted father and mummified the corpse so he would not rot. This preservation passed down to the Faithful, for if it was good enough for the Gods, it was good enough for man.

None enter the abyss of the Underworld without first being tested by Anubis. When corpses are preserved, he is the embalmer. When time for judgment comes, he is the final arbiter. In his realm, he keeps legendary weighing scales. On one side, the massive weight of Ma'at – truth and order. On the other side, he places the heart of the deceased. Should the weight of Ma'at prove infinitely heavier than that of the heart, Anubis casts the soul deep into the darkness of the Underworld, where it is forgotten, never to be reborn.

Name: Anubis, God of the Dead

Powers and Abilities: Superhuman Physical Characteristics, Immortality (Type 1, 2 and 4), Soul Manipulation, Necromancy, Animal Manipulation (Can summon a sworm of locusts), Breath Attack (Via Plague of Locusts), Energy Projection, Healing and Absorption (Via Sorrow, can absorb the life-force of his enemies to weaken them and heal himself), Statistics Amplification (Via Sorrow), Limited Creation (Via Mummify, can create bandage projectiles to mummify his targets), Teleportation, Dimensional Travel, Expert Combattant

Attack Potency: At least Large Star level, possibly Universe level+ (Traded blows with Hades and was able to keep up with him although Hades was stronger. Is comparable to other regular deities)

Speed: Massively FTL+ (Can keep up with the likes of Hades)

Range: Standard melee range, extended melee range with his scepetr, dozens of meters via Energy Projection and other powers

Retrieved from "https://vsbattles.fandom.com/wiki/Anubis_(SMITE)?oldid=5782187"
Community content is available under CC-BY-SA unless otherwise noted.