VS Battles Wiki
Register
Don't have an account?
Sign In
Advertisement
in: Tier 8, Tier 8-C, Tier High 8-C,
and 23 more 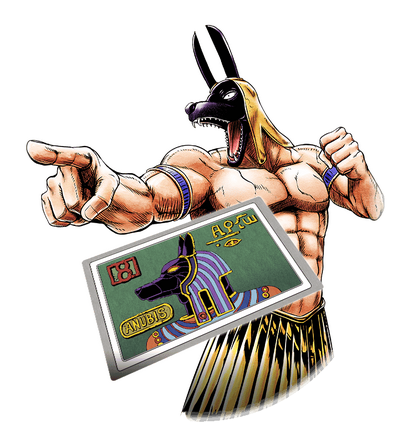 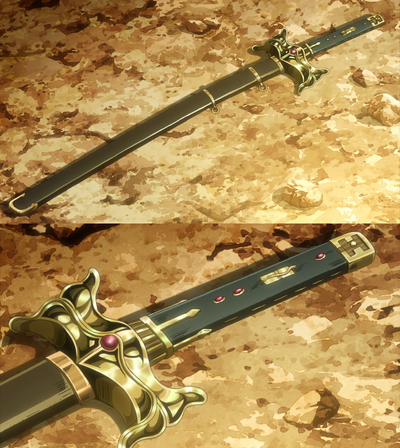 Anubis is a unique Stand bound to a blade created 500 years ago by a man named Caravan Serai. Passing through many wielders over the years, it was eventually discovered by DIO in a museum, who took an interest in it. After failing to defeat DIO and his Stand, the World, Anubis pledged loyalty to him and joined the ranks of the Egypt 9 Glory Gods, his elite followers.

Powers and Abilities: Limited Inorganic Physiology (Type 1; Is a Stand bound to a sword), Self-Sustenance (Types 1, 2 and possibly 3; Is a undead Stand bound to a sword, capable of surviving without sustenance and oxygen), Immortality (1, 7 and possibly 2; Is a Stand bound to a sword, having survived even after the user died. Survived having the sword its bound to broken), Extrasensory Perception (Capable of seeing ghosts and souls among some other supernatural forces that are normally otherwise invisible), Mind Manipulation (Can control various animals and lull people into a trance), Possession (Bounds itself to a sword, imbuing it with Stand energy. Anubis will take control of anyone who draws it, turning them into its user), Statistics Amplification (Increases its host's physical attributes over time), Adaptation (Anubis adapts to each opponent it fights, learning how to counter all of their techniques), Reactive Power Level (Anubis grows stronger with every swing), Selective Intangibility (Anubis can cut through any material without causing any harm), Non-Physical Interaction (Stands can interact with ghosts and other Stands), Incorporeality (Stands are the incorporeal manifestations of one's vital energy, and can only be harmed by other Stands) & Invisibility (Stands can only be seen by other Stands and Stand Users) (For the Stand itself, not the blade), Aura and Minor Death Manipulation (Insects such as flies die on contact with the blade)

Attack Potency: At least Building level+ (When first drawn by Chaka, Anubis was able to put up a fight against Polnareff and Silver Chariot, but was ultimately defeated), eventually at least Large Building level+ (As Anubis fought, his power steadily increases, eventually he became powerful enough to overwhelm Silver Chariot and ultimately began overpowering a Mid-Part 3 Star Platinum after awhile, although he was still weaker than The World)

Speed: Massively FTL (Somewhat react to Silver Chariot and Star Platinum, and grows faster over the course of every fight, eventually to the point that Jotaro described it as the fastest Stand he'd ever fought, even before Polnareff passed the sword onto Chariot).

Durability: Varies, At least Building level+, eventually up to at least Large Building level+ (Amplifies those he possesses, able to withstand the force of their own blows while their strength steadily increases. Could trade blows with Star Platinum before being defeated)

Intelligence: Although cunning and skilled in combat, Anubis is foolhardy and overconfident.

Weaknesses: Anubis is arrogant and prone to mistakes. It can only fight once drawn by a wielder of its choice, who still must use their own skill to wield it.