VS Battles Wiki
Register
Don't have an account?
Sign In
Advertisement
in: Tier 1, Tier High 1-C, Characters,
and 37 more 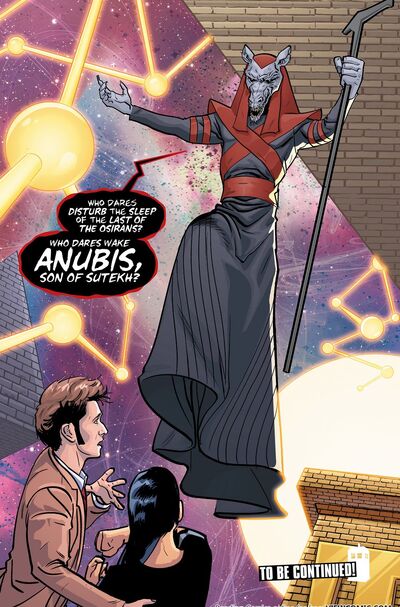 Anubis was an alien worshipped as a god by the ancient Egyptians. He attempted to avoid the path of evil his father had taken, and while originally succeeding in doing so, he was eventually possessed by Sutekh. After Sutekh's defeat, Anubis served as a temporary companion to The Doctor.

Name: Anubis, The King of The Dead

Age: Unknown, at least thousands of years old (He was the actual being who inspired the ancient Egyptian religion)

Durability: High Complex Muliverse level (Implied to have fought The Beast and survived despite having lost)

Intelligence: Supergenius (Comprehends all Osirian technology which is above that of the Time Lords, has outsmarted his father)