VS Battles Wiki
Register
Don't have an account?
Sign In
Advertisement
in: Tier 1, Tier High 1-C, Characters,
and 74 more 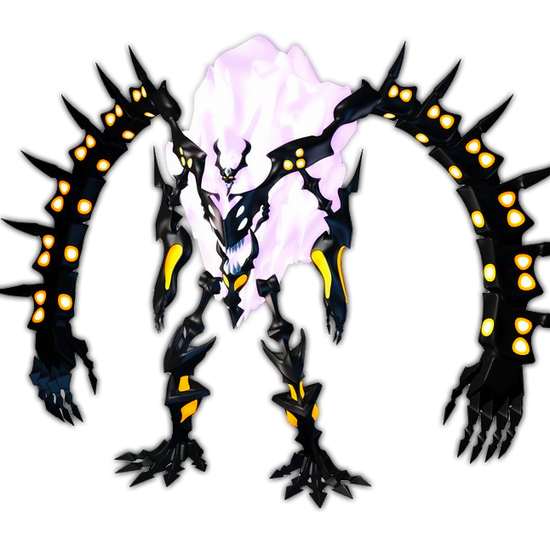 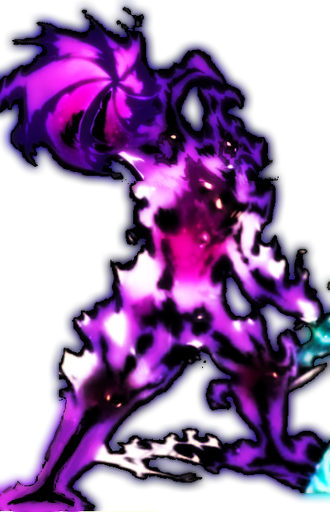 Antispiral (アンチスパイラル, Anchisupairaru?), also known as Anti-Spiral King or Anti-Spiral Leader, is the leader and collective consciousness of the Anti-Spiral race and the true antagonist of Tengen Toppa Gurren-Lagann. He appeared as a humanoid silhouette of fluctuating, abstract matter, and his ultimate goal was to avert the Spiral Nemesis by exterminating all Spiral beings.

Gender: Ambiguous (Is the manifestation of a whole race)

Superhuman Physical Characteristics, Higher-Dimensional Existence, Higher-Dimensional Manipulation, Reality Warping, Creation (Can create universes and induce Big Bangs with extra dimensional axes), Physics Manipulation (Created an isolated universe with its own physical laws), Large Size (Type 7 with Granzeboma and Type 10 with Super Granzeboma), Size Manipulation (Up to Type 6, possibly up to Type 10. Is possibly able to manipulate himself to such size like his mecha), Telepathy (Talks to Simon before his death and before first making contact with Team Dai-Gurren through their entire universe), Illusion Creation (Showed Simon the Spiral Nemesis through his mind), Mind Manipulation (Via the Multiverse Labyrinth), Incorporeality, Abstract Existence (Type 1), Regeneration (Low-Godly. The consciousness behind the manifestation doesn't have a body. Their body is a materialized thought, and can reform their body with just thought), Acausality (Types 1, 2 & 4. Are unbound by time, their home world has independent and unfixed flow of time, as well is separated from continuous time and space. Unaffected by the multiverse's quantum cosmology that neither themselves nor their isolated universe have parallel counterparts), Invisibility (Stated by the guidebooks to be invisible to humans), Immortality (Types 1, 3 and 8; reliant on the Anti-Spiral race), Probability Manipulation, Invulnerability, Durability Negation (Including Certainty Inducement. Capable to decrease their enemy's winning percentage to 0% within their universe and can passively alter the opponents' probability of defending attacks and avoid being hit by manipulating multidimensional probability fluctuations), Portal Creation, BFR, Spatial Manipulation, Time Manipulation, Time Travel (Can attack from the past and future and move up and down the time axis), Self-Sustenance (Types 1, 2 and 3), Power Mimicry (Can replicate the abilities of their opponent in its own fashion), Elasticity, Body Control, Natural Weaponry (Can extend their arms as tendrils), Piloting, Teleportation, Energy Manipulation (Absorption, Conversion, Projection), Quantum Manipulation (Destroyed Lazengann (on a quantum level and turned it into energy), Danmaku, Homing Attack (Upscaling from Mugann) Aura, Light Manipulation, Indomitable Will, Matter Manipulation, Biological Manipulation (Can create artificial beings such as Nia, has the ability to devolve lifeforms to inferior and less powerful entities), Skilled Hand-to-Hand Combat, Subspace Travel, Dimensional Travel, Electricity Manipulation, Pressure and Gravity Manipulation, Forcefield Creation, Progression Immunity (Ceased their own evolution by purging themselves of Spiral Power), Drill Protrusion, Technology Manipulation (Can alter spaceships in the shape of moons), Explosion Manipulation, Flight, Spaceflight, FTL, Summoning, Weapon Mastery, Enhanced Senses, Cosmic Manipulation, Cosmic Awareness, Galaxy Attacks, Dimensional Travel Negation (With Giant Nia or themselves), likely Omnipresence, likely Nigh-Omniscience

Resistance to Spatial Manipulation, Time Manipulation (Upscaling from Tengen Toppa Gurren Lagann which has power transcending time and space), Gravity Manipulation, Radiation Manipulation and Mind Manipulation (The collective consciousness behind the manifestation consists of the countless minds on the Anti-Spiral's home planet), Immunity to Soul Manipulation (Doesn't have a soul)

Attack Potency: High Complex Multiverse level (Could fight on par with Simon, who was implied to be capable of withstanding his full power. Can easily manipulate the Multiverse (an 11 dimensional infinite multiverse) to expose infinite possibilities to his foes, trapping them in the Multiverse Labyrinth, after their recognition of alternate realities. His sheer existence maintains the Anti-Spiral’s universe; a universe stated to oscillate between the 10 and 11 dimensional membranes. As well as having a different set of dimensional axes, which correspond to a 10 + 1 dimensional reality)

Speed: At least Massively FTL+, likely Infinite (Comparable in speed to Simon, who was equal to Gurren Lagann at the time, who is far superior to even Super Tengen Toppa Gurren Lagann and Super Granzeboma. Could keep up with him in a fist fight)

Lifting Strength: Immeasurable (Should be equal in strength to Simon, who is superior to even Super Tengen Toppa Gurren Lagann. Is capable of easily manipulating the Multiverse to expose consciousnesses to infinite possibilities, trapping them in the Multiverse Labyrinth)

Stamina: Infinite (Was comparable in power reserves to Simon, before his death)

Intelligence: Likely Nigh-Omniscient. Being the collective consciousness of the Anti-Spiral race at large, who were able to create universes and presumably enter and create higher dimensions, they likely possessed a nigh-omniscient scope of knowledge, as they had an advanced understanding of all of the multiverse's phenomena and were able to effortlessly predict the life-paths of an infinitude of Spiral Races, each with the inevitable culmination of the Spiral Nemesis. They were even able to empathize with their driven enemy in their final moments, as they made him promise to protect the larger universe as a whole; a promise he accepted.

Standard Tactics: Antispiral fights by causing absolute despair on his opponents and uses all manners of reality warping and probability manipulation

Weaknesses: Paranoia and arrogance. Antispiral is convinced that the evolution of Spiral Power will lead to the so-called "Spiral Nemesis", when a mega-black hole will appear to devour all possible reality into the void of nothingness, CIS (He prefers to crush his opponent(s) by fighting on their respective fighting levels, bringing them to absolute despair)

Antispiral is both the leader of and the physical manifestation of the Anti-Spiral consciousness after they sealed themselves away to purge their race of Spiral Power. Their highly advanced technology gives him godlike powers, which when used appears as red energy. With these abilities, he is able to manipulate the laws of physics and quantum mechanics (going as far as altering probability), which he wields regularly both offensively and as a form of intimidation. Antispiral is the arch-enemy of Lordgenome, being responsible for Lordgenome's madness after explaining the nature of the Spiral Nemesis to him. 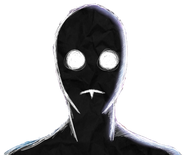