VS Battles Wiki
Register
Don't have an account?
Sign In
in: Tier 4, Unknown Tier, Marvel Comics,
and 45 more 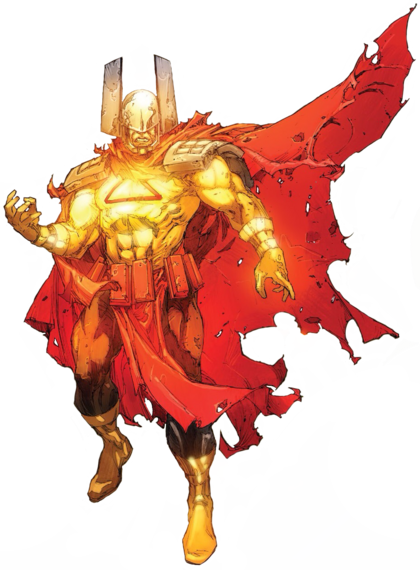 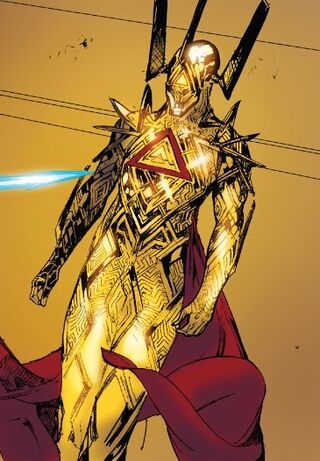 Conner Sims was a veteran of the Korean War, a member of the US Marine Corps along with his best friend, Adam Brashear. Conner and Adam were more like brothers than friends, they were each others' godparent for their children, and Conner fought bigots that mistreated Adam. They later became the project lead on a scientific attempt to harness anti-matter through the creation of a "Negative Reactor" which created a bridge between the Negative Zone and the positive matter universe.

Due to the unexpected explosion of the reactor, both Brashear and Sims were subjected to mutagenic radiation generated by the then unstable event horizon. While Sims' body disassembled into energy, Brashear became a stable "antimatter reactor" and developed a set of superhuman abilities. Conner became an unstable source of anti-matter, and this instability made it impossible for him to remain within the realm of existence for long. During that time in the realm, he learned his brother was killed by members of the Ku Klux Klan while working undercover for the FBI. The combination of his powers, losing his brother and seeing his friend Adam being discriminated against caused Conner's mind to fracture and eventually snap, resolving to destroy the people who perpetuated the racist standards of his time even if his own methods were highly immoral themselves, as Anti-Man

Attack Potency: At least Large Planet level (Easily defeated a team of Avengers consisting of Ares, Wonder Man, and She-Hulk. Can consistently damage Blue Marvel.), like Solar System level (Easily overpowered the Sentry, who stated that he'd never encountered someone so powerful before) | Unknown (Far superior than before, gave all of his powers to Galactus, turning him into a Lifebringer)

Intelligence: At least Genius (Coworked alongside Brashear in the creation of the Negative Reactor)

Weaknesses: Because of his unstable powers, Conner would uncontrollably phase in and out between Exo-Space and the Prime Marvel Universe. Mental Instability | Holds an undying loyalty to Galactus

Keys: Base | Herald of Life