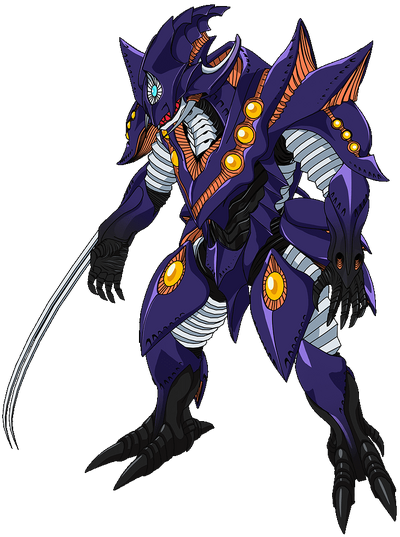 Anti (アンチ), formerly credited as the Mysterious Boy (謎の少年), is a kaiju who appears as the reformed antagonist turned anti-hero in the anime series SSSS.GRIDMAN.

During the tenth episode, Anti's obsession with defeating Gridman evolved into a desire to protect him. This, combined with Anti's own copy ability transformed Anti's kaiju form into a Gridman-like form dubbed Gridknight (グリッドナイト Guriddo Naito).

Weaknesses: Being created as a counterpart of Gridman, Anti is also bound to his own time limit. If he exceeds it, the cyan-colored gem on his forehead glows as he forcefully reverts to human form. This weakness also carries over to Gridknight.

Retrieved from "https://vsbattles.fandom.com/wiki/Anti?oldid=5847895"
Community content is available under CC-BY-SA unless otherwise noted.