VS Battles Wiki
Register
Don't have an account?
Sign In
in: Tier 9, Tier 8, Unknown Tier,
and 52 more 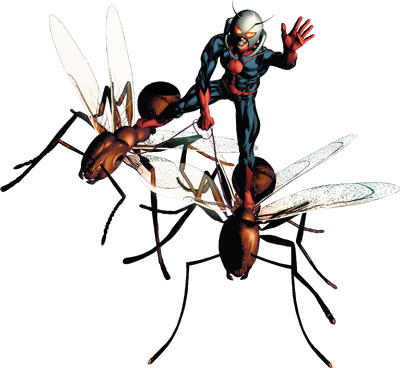 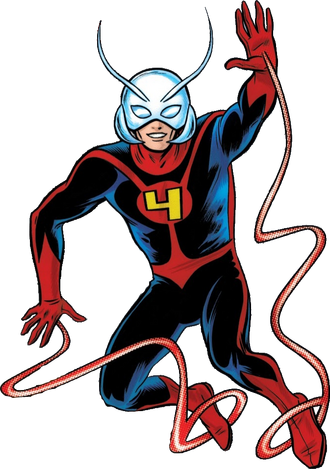 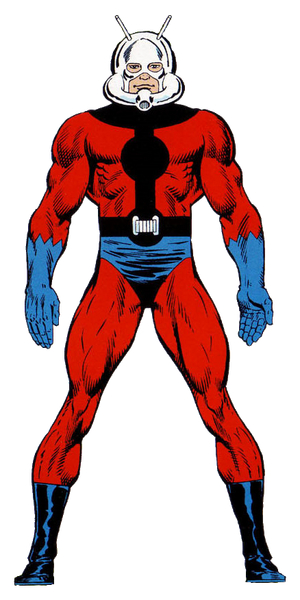 Scott Lang was born and raised in Coral Gables, Florida. He later became an electronic engineer and met and married Peggy Rae. Together they had a daughter Cassandra "Cassie" Lang. Although he was an electronics expert he could not support his family doing repair work, so he turned his talents to burglary. Apprehended, he served his prison sentence and was paroled for good behavior. During his time in prison, however, Peggy divorced him. Lang had furthered his studies of electronics while in prison and was soon hired by Stark International to work in its design department.

When his daughter Cassie was diagnosed as having a serious congenital heart condition, Lang sought the aid of surgeon Dr. Erica Sondheim. Desperate to help his daughter, Lang decided to return to thievery. Breaking into the New Jersey home of Dr. Henry Pym, Lang stole Ant-Man's Suit. Unknown to him, Pym observed the theft and in his guise as Yellowjacket, followed Lang, curious to see what use he would put the paraphernalia.

Using the equipment, Lang broke into Cross and discovered Dr. Sondheim was held prisoner by Darren Cross, president of CTE, who needed Sondheim to correct his own heart condition. Rescuing Sondheim and defeating Cross, Lang was relieved when Sondheim was able to save the life of his daughter. Lang intended to return the Ant-Man costume to its owner and turn himself in, but Henry Pym offered to let him keep them, provided Lang put them to lawful use.

A member of the Avengers, Heroes for Hire, Fantastic Four, Guardians of the Galaxy and Nova Corps, Scott remains a crimefighter as the underestimated yet formidable, Astonishing Ant-Man.

Superhuman Physical Characteristics, Genius Intelligence, Acrobatics (An example here[1]), Stealth Mastery, Insect Manipulation (Can converse with and control insect and insect-like creatures. Received an upgrade which allows him to override other manipulators' control over bugs as well[2]), Energy Projection using blasters, Information Analysis (HUD shown here[3]), Automatic Translation (As shown here[4]), Minor Biological Manipulation (Can shrink his organs, uses it to feign sickness)[5], Flight and Light Projection (As explained here), Size Manipulation, of himself and of others, from Small Size (Type 8; Can turn into a living Quantum particle by shrinking[6]) to Large Size (Type 1; Can grow to the height of a building[7]), Statistics Amplification (Can amplify his strength by exploiting the Pym Particle Axes, granting him strength comparable to Wonder Man. Easily defeated a Cosmic-Powered Doctor Doom)[8], Tranquilizing Gas[5] and EMP Bomb[9]. Resistance to Gas-Based Attacks within his helmet[10]

Self-Sustenance (Types 1 and 2 when microscopic)[11], Self-Density Manipulation (As explained here)[12], Dimensional Travel by shrinking (Can travel to the Microverse) and Transformation (When reaching small enough sizes, Lang gets his property shifted along various other particles). Quantum Manipulation, Duplication and Alternate Future Display as Living Quantum Particles, and Antimatter Manipulation and Self-Destruction as Anti-Matter[6]

Intelligence: Extraordinary Genius (Stated to be the most talented electrical technician in America [17], Helped Iron Man with various machines and operated as well as fixed various technologies under Fantastic Four. Concluded towards the existence of the Pym Particle Axes before anyone else[8])