The protagonist of the 1st game is Lester Knight Chaykin, a young genius physicist. In the opening cinematic, Lester arrives at his high-tech underground laboratory in his Ferrari 288 GTO during a thunderstorm and goes to work on his experiment using a particle accelerator, attempting to reconstruct what happened when the universe was born. Immediately before the particles reach their intended destination, a lightning bolt strikes the laboratory and interferes with the accelerator, causing an unforeseen particle fusion and an explosion, opening a hole in time and space and teleporting Lester to a barren, alien planet. After evading a number of dangerous indigenous animals, Lester is captured by a race of humanoid aliens and taken to a subterranean prison camp. Lester escapes along with an alien captive known as "Buddy" and the two of them must evade capture while travelling through a series of dangerous environments, battling alien soldiers and wild creatures while solving numerous puzzles in order to survive. The duo traverse the prison complex, a cave system and a tower structure. In the game's climax, Lester is severely wounded by one of the aliens, but with the help of his alien friend, manages to kill his attacker and escape. After reaching the top of the tower, Lester collapses, but is promptly joined by Buddy, who picks Lester up and the two escape on a dragon-like creature, flying off to the horizon. This leads into the sequel Heart of the Alien, where you take control of Buddy and continue to survive against the looming threat of the Warden and his forces.

The main character is the weakest in the verse physically, as he is just a human, but the strengths of the verse lie in the equipment and alien life, which tends to range around Street level to Wall level. 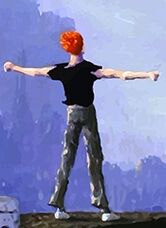 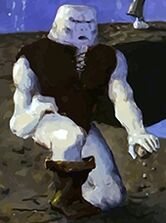 Buddy
Add a photo to this gallery

Heart of the Alien: 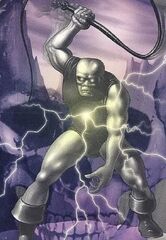 Buddy (Heart of the Alien)
Add a photo to this gallery
Retrieved from "https://vsbattles.fandom.com/wiki/Another_World_(Game_Series)?oldid=4333350"
Community content is available under CC-BY-SA unless otherwise noted.