VS Battles Wiki
Register
Don't have an account?
Sign In
in: Characters, Male Characters, Transformation Users,
and 20 more 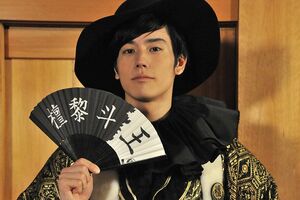 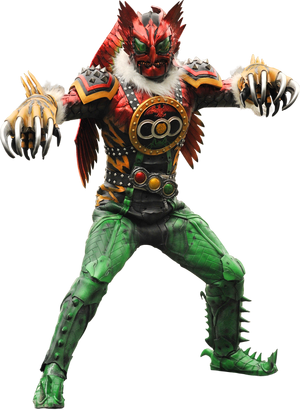 Powers and Abilities: Superhuman Physical Characteristics, Genius Intelligence, Social Influencing, Martial Arts, Weapon Mastery, Acrobatics, Transformation, Creation (Create Cell Medal to create Yummies), Immortality (Type 4 and 8; As long as his Another Ridewatch exist, only the corresponding Rider power can destroy it), Enhanced Senses (Has the power of OOO's Tatoba Combo, which includes greatly improved his senses and improved accuracy. It would also enable him to see inside Greeed or Yummy, such as pinpointing the location of a specific Core Medal within a Greeed's body)

Speed: At least Sub-Relativistic (Kept up with Zi-O)

Weaknesses: Can be defeated by the power of Kamen Rider OOO