VS Battles Wiki
Register
Don't have an account?
Sign In
in: TV Characters, Male Characters, Transformation Users,
and 17 more 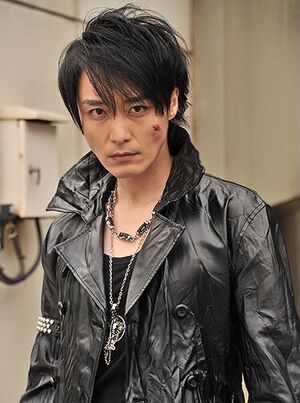 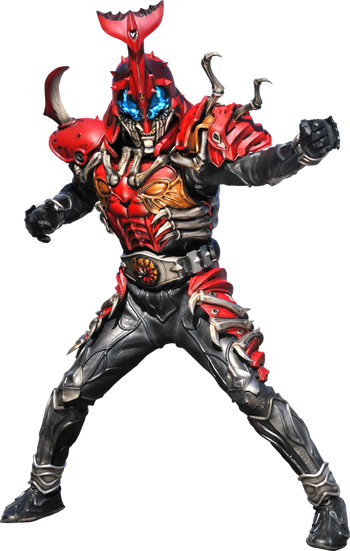 Sou Yaguruma (矢車 想 Yaguruma Sō) was originally an agent of ZECT who was the first user of the TheBee Zector and led the elite Shadow ZECT Troopers, being an perfectionist and tactician. But Souji Tendou constantly outwitting him cause Yaguruma to place his sense of "Perfect Harmony" over his squad, resulting in him being dismissed. The next time he is seen, becoming an self-loathing man, Yaguruma becomes Kamen Rider KickHopper (仮面ライダーキックホッパー Kamen Raidā Kikkuhoppā) and uses his new power to become a reoccurring threat to Tendou and the Worms.

In Kamen Rider Zi-O, he transforms into Another Kabuto (アナザーカブト Anazā Kabuto), an Another Rider derived from Kamen Rider Kabuto Rider Form.

Powers and Abilities: Superhuman Physical Characteristics, Transformation, Martial Arts, Weapon Mastery, Acrobatics, Statistics Amplification with Clock Up, Immortality (Type 4 and 8; As long as his Another Ridewatch exist, only the corresponding Rider power can destroy it), Explosion Manipulation, Enhanced Senses

Weaknesses: As his Another Rider can be defeated by the power of Kamen Rider Kabuto.