VS Battles Wiki
Register
Don't have an account?
Sign In
Advertisement
in: Characters, Monsters, Game Characters,
and 14 more 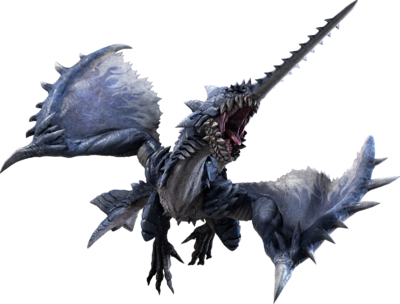 Anorupatisu are Flying Wyverns first introduced in Monster Hunter Frontier G2. Very little is known about it except that it is a Flying Wyvern, a category including the likes of Gurenzeburu and Rathalos. It's blue and its main feature is its long, barbed horn. It also has a fin on its back and its tail is shaped like the one of a shark. It can swim through thick ice with the help of its spiked horn. Anorupatisu's barbed horn is highly similar to that of a Sawfish/Carpenter Shark.

Intelligence: Above Average. Monsters who use Dragon Element are usually pretty smart. 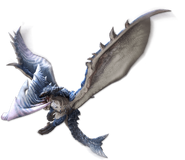