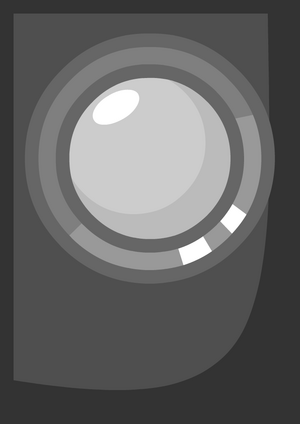 The Announcer is the Season 1 host of Battle for Dream Island. His purpose to come to Earth was to host a competition for the objects to go through to win the grand prize: Dream Island.

Powers and Abilities: Superhuman Physical Characteristics, Plot Manipulation (Via Budget Cuts), Toon Force, Breaking the Fourth Wall, Inorganic Physiology (Type 2) (Due to being a literal speaker box), Teleportation (Of others) and BFR (Via Budget Cuts and the Laser Powered Teleportation Device), Natural Weaponry (Can grow a spear out of him), Acid Manipulation, Self-Sustenance (Type 1) (Can breathe in space), Resurrection (via the Announcer Recovery Center), Resistance to Extreme Cold and Cosmic Radiations (Unaffected by the extreme conditions of space)

Attack Potency: Large Town level (Comparable to X and Robot Flower), possibly City level+ (Comparable to Needle), higher with a spaceship (The spaceships are easily capable of one-shotting other contestants with ease)

Speed: Massively Hypersonic+ (Able to keep up with other contestants, which would include Firey and Bubble) with Sub-Relativistic attack speed physically via powerscaling (Comparable to Coiny, who could throw a stick 2,760 miles in a second) and Speed of Light attack speed via the Laser Powered Teleportation Device

Durability: Large Town level, possibly City level+ (Can take hits from the contestants who are comparable to him)

Stamina: Limitless (Due to being a literal speaker box)

Range: Standard melee range, Tens of meters with Acid Tears and via throwing (Can throw cakes and shoot acid tears to the contestants from a long-range), Thousands of kilometers via Budget Cuts (Sold Vortex out), Interplanetary via the Laser Powered Teleportation Device (One of its lasers reached the sun)

Intelligence: High (Created the Bugs, and was capable of hosting a competition well)

Weaknesses: Gets a speech impediment whenever a part of him is ripped off

Gumball Watterson (The Amazing World of Gumball) Gumball’s Profile (Speed was equalized, both had everything, and both had prior knowledge)