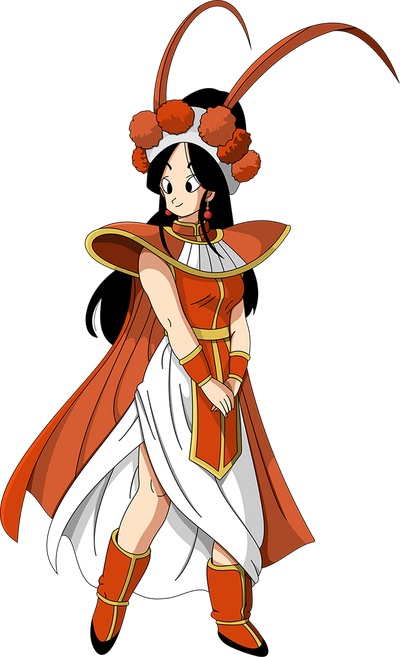 Annin is the guardian of the sacred Furnace of Eight Divisions, the border between life on Earth and the Other World. She is among one of the few beings working under King Yemma that does not appear to be an ogre, and instead looks to be somewhat human in physical form. Annin is immortal, and presumably ageless.

Classification: Deity, Guardian of sacred furnace who works under the rule of King Yemma

Range: Standard melee range. Extended melee range with her weapons. Tens of meters in her giant form. Hundreds of kilometers with ki blasts and attacks.

Intelligence: High. She has been a guardian for thousands of years and knows a lot about the interactions between the living and the spirit world