VS Battles Wiki
Register
Don't have an account?
Sign In
Advertisement
in: Characters, Marvel Comics, Aliens,
and 25 more 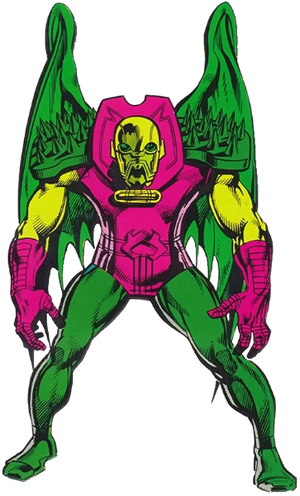 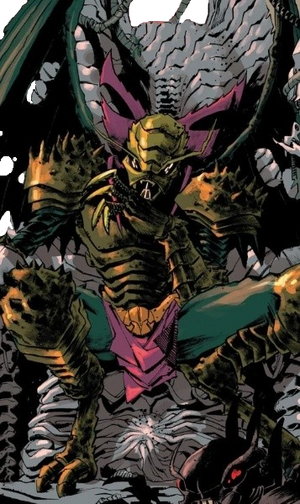 Annihilus, a native of the planet Arthos, is the ruler of The Negative Zone and a longtime foe of The Fantastic Four.

Classification: Arthrosian, Ruler of the Negative Zone, First-born son of Oblivion, "The living death that walks"

Powers and Abilities: Superhuman Physical Characteristics, Flight (Shown here[1]), Energy Manipulation, Forcefield Creation (Has a natural forcefield[2]), Matter Manipulation (Shown here[3]), Teleportation (Teleported Odin's body via beam from his ship[4]), Telepathy, Telekinesis, Regeneration (High-Low), Immortality (Types 1 and 6), Life Absorption (Drained the lifeforces of dead Asgardians[5]), Summoning (Using his control-rod, he can summon monsters that can fight[4][6][7] the Thing), Resurrection (After the events of annihilation he is reborn, albeit as a larva[8]), Resistance to Magic (Unaffected by the hexes from[9] Scarlet Witch), Immunity to all known viruses and diseases

Durability: Large Island level (Can endure attacks from The Thing and Supernova Human Torch) | Solar System level (Withstood a dispersed omni-directional blast from an enraged Galactus at relatively close range, which was so powerful that it encompassed at least 3 solar systems)

Stamina: High (Can exert himself at peak capacity for 24 hours before tiring)

Intelligence: Above average, higher when it comes to strategy. Annihilus is also well-versed in advanced alien technologies, possessing highly developed knowledge when it comes to engineering and astronomy.

Weaknesses: Annihilus is extremely paranoid, and much of his powers depend on the Cosmic Control Rod. When he possessed the Quantum Bands, they never truly chose him, and if they made contact with a goodhearted individual, they would leave him. He is blunt and straightforward, favoring overwhelming force above all else.

Key: Base | During Annihilation