VS Battles Wiki
Register
Don't have an account?
Sign In
Advertisement
in: Tier 7, Tier 7-C, Characters,
and 21 more 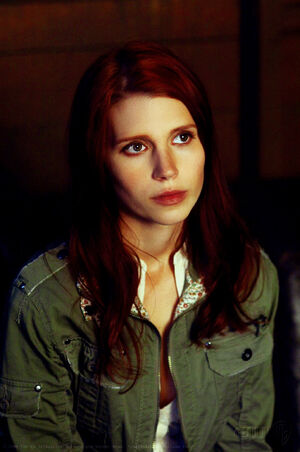 Anna Milton was a fallen angel who became the human daughter of Richard and Amy Milton by removing her grace. Due to her newly reawakened ability to hear angels speaking, she was pursued by demons and angels alike. Sam and Dean protected her until she managed to regain her grace and fend off her pursuers herself, even briefly becoming lovers with Dean. Due to Castiel's betrayal, the Host of Heaven eventually captured Anna and took her back to Heaven. She returned to Earth in "The Song Remains the Same" with the intent to prevent The Apocalypse from having occurred by killing John and Mary Winchester to retroactively erase Sam and Dean Winchester from existence. She was killed by Michael to protect the Winchesters.

Speed: Subsonic+ movement speed, with Massively Hypersonic reactions (Castiel was capable of Searching an Entire Town in seconds through Teleportation)

Durability: At least Town level in Host (Regeneration and his nature as a Non-Corporeal being in True Form makes her very hard to kill)

Range: Kilometers for most abilities, at least Low Multiversal with Teleportation and Matter Manipulation (Was going to scatter Sam's cells across the universe and is capable of teleporting into a separate dimension)

Intelligence: Superhumanly Intelligent (As an angel, Anna possesses a superhuman level of intelligence, both due to her age and nature. Was Uriel' superior)