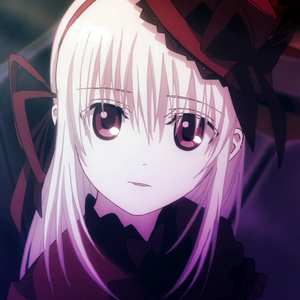 Anna Kushina (櫛名アンナ, Kushina Anna) is a female Strain and the current King of HOMRA, where she is also their only female and youngest member. She is color blind except to the color red however, while using her set of red marbles as a catalyst, she is able to see other colors as well as utilize her abilities.

Attack Potency: Human level | Small Town level (She is the new red king after Mikoto Suoh, and she has all of his powers)

Speed: Normal Human | At least Hypersonic (Scaling from Mikoto Suoh and kept up with Nagare Hisui)

Weaknesses: If her powers reaches its maximum limit, her sword will collapse and explode

Psychic Navigation: Using four of her marbles on a map of the city, while concentrating Anna is able to locate multiple people

Clairvoyance: Anna has clairvoyance, allowing her to 'see' the world by forcing her will into the marbles then into the subject the marbles were reacting to, which can be a person or location. Her mind, apart from her body, then moves to the place her marbles are pointing at to see everything with her mind rather than her actual eyes