VS Battles Wiki
Register
Don't have an account?
Sign In
Advertisement
in: Superhumans, Leaders, Female Characters,
and 19 more 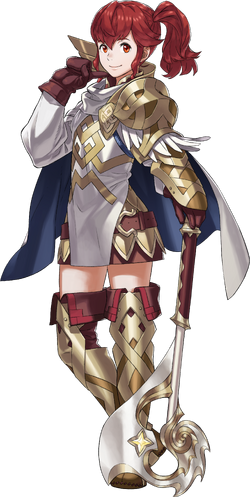 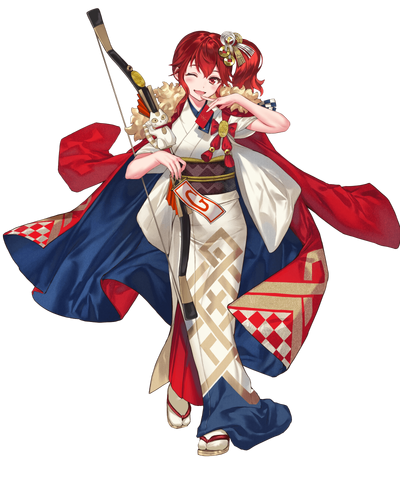 Anna is a character in Fire Emblem Heroes. She is the commander of the Order of Heroes, and the superior to Alfonse and Sharena. She looks remarkably like her sisters, and shares their love for money. While being pursued by Emblian soldiers, she preformed a ceremony with the Breidablik, which ended up summoning Kiran to their world, who later summoned a version of Takumi to help her defeat the soldiers.

Age: Likely in her early adulthood

Classification: Human, Commander of the Order of Heroes

Powers and Abilities: Superhuman Physical Characteristics, Weapon Mastery (Axes), Statistics Reduction (via Fortune Bow+, and Sabotage Atk), Limited Law Manipulation and Mind Manipulation (Can create Contracts. Though she can't forcibly bind others to contracts), Statistics Amplification of others via Spur Res, Teleportation via Nóatún (Can teleport to an ally when in a dangerous situation), Non-Physical Interaction (Can interact with abstract, and non-corporeal beings such as Hel and Sothis), Can survive without her soul, Resistance to Death Manipulation and Corrosion Inducement (Can stand close to Hel, who can passively kill everyone around her), Chaos Manipulation, Space-Time Manipulation and Causality Manipulation (Can withstand being in Tempest, a region of pure chaos. The Tempest distorts space-time, and warps causality), possibly Law Manipulation (Should be comparable to Eir, who could betray Hel, despite her existence being synonymous with her will, making it impossible to opose her), Soul Manipulation (Can survive Surtr's flames, which burns the soul), Empathic Manipulation (Resisted the effects of Plumeria's lewd dream)

Speed: Superhuman travel speed with Massively Hypersonic+ combat speed and reactions (Can keep up enemies in Lost Lore, who can dodge lightning attacks)

Lifting Strength: Superhuman (Swings around axes like it's nothing)

Striking Strength: Multiversal+ (Was able to harm Dimitri, who should be comparable to her)

Intelligence: High. Is a veteran fighter, and the commander of the Order of Heroes

Weaknesses: Like all of her sisters, she is obsessed with money.