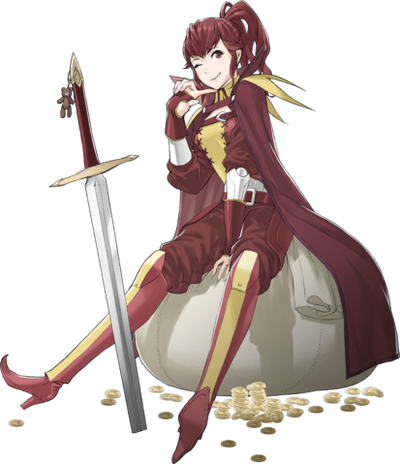 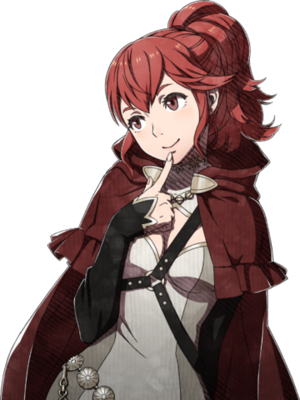 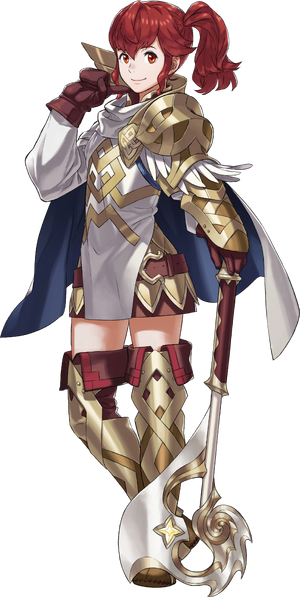 Anna is a traditionally recurring character throughout the Fire Emblem series, often appearing as a guide, shopkeeper, or some other role. A cheeky profiteer, her growing popularity has led her to take to the battlefield herself in the most recent installments, revealing that there isn't a single Anna, but an entire family of identical sisters all named Anna and are able to distinguish between each other.

Powers and Abilities: Superhuman Physical Characteristics, Can use Magic, Bows, Swords, and Staffs, and can Heal with Staffs, Extrasensory Perception, Can see, attack, and kill ghosts | Superhuman Physical Characteristics, Weapon Mastery (Axes), Statistics Amplification of others via Spur Res, Teleportation via Nóatún (Can teleport to an ally when in a dangerous situation)

Attack Potency: Town level (Should be superior to Base Tiki, who can withstand Meteor) | Small Building level

Lifting Strength: Superhuman (Can hold tons of weapons on her back as a Merchant) | Superhuman (Swings around axes like it's nothing)

Stamina: High, can go long distances while caring weapons without getting tired. | High

Standard Equipment: Various depending on the generation. | Various Axes

Anna in Fire Emblem Shadow Dragon and the Blade of Light.

Anna in Fire Emblem Mystery of the Emblem.

Anna in Fire Emblem Genealogy of the Holy War.

Anna in The Blazing Blade.

Anna in Path of Radiance.

Anna in Awakening's DLC chapter: "Apotheosis".
Add a photo to this gallery