VS Battles Wiki
Register
Don't have an account?
Sign In
in: Darkstalkers, Capcom, Female Characters,
and 23 more 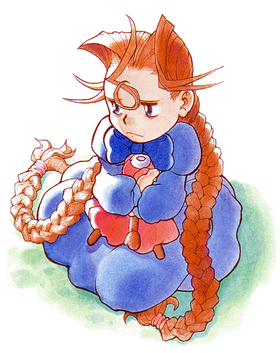 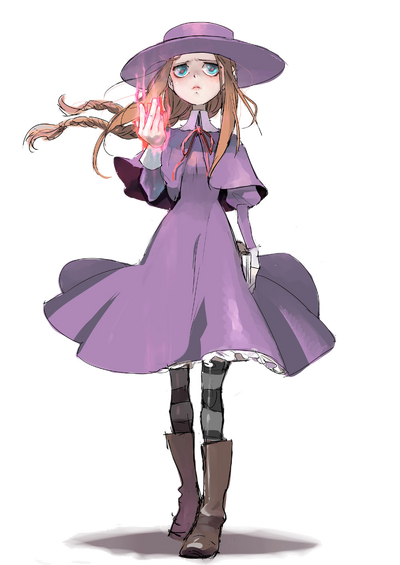 One day on one of his many journeys, while stopping by a small village, the Demon Hunter Donovan came across a young girl named Anita. She was an orphan, who was almost completely emotionless due to being shunned by her orphanage and society as a witch, after she exhibited strange and unexplained power. Her deep. soulless eyes reflected a tragic history not unlike Donovan's. As Donovan turned to leave, Anita began to motion towards Donovan without any words.

For reasons unknown to all, Anita holds an immense destructive power within hidden beneath her frail self. While it's origin is a mystery, it appears to be tied to her emotional state, as in all the years she remained as a lost heart, she appeared as an ordinary girl, yet from the moment Donovan appeared in her life, slicing her doll's head to demonstrate she hadn't lost all of her feelings, they began to slowly manifest. As Donovan lost his humanity, she regained her emotions.

So, who truly is Anita? While the answers are unclear, she appears to be a form of destined human who's existence has been foretold since eons. Jedah Dohma is aware of her self, and not only views her as a threat, but refers to her as the Ruler of Humanity who's still to awake.

Age: Unknown. But likely no older than 10 as a child, and at least 18 as an adult

Attack Potency: Below Average Human level | Unknown (A small portion of her awakened powers are depicted in multiple media as being a serious threat to Pyron. Even Jedah Dohma in his Vampire Savior ending, with the possession of the Universe-Destroying Shintai viewed her truly awakened self as a threat. It is implied that, once she became adult, she met and killed Dee)

Weaknesses: Any that of an average human, she can't manifest her powers for long | None notable

Note: Due to the unclear and insufficient amount of information given by each media that features her, this profile aims to be a sort of composite and give a general idea of the character, without crossing too much the line towards one side or another.