VS Battles Wiki
Register
Don't have an account?
Sign In
Advertisement
in: Tier 7, Tier 7-C, Tier 5,
and 76 more

Animus (Lucifer and The Biscuit Hammer) 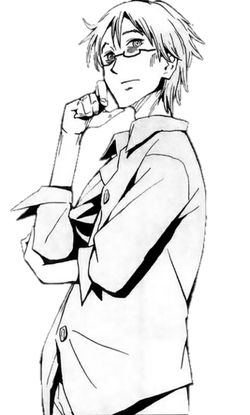 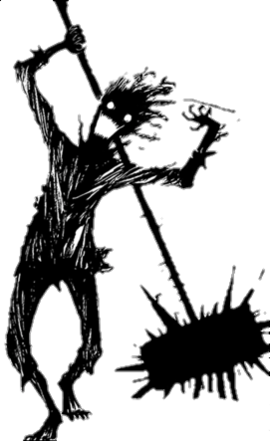 Animus is the main antagonist and villain of the manga named Lucifer and The Biscuit Hammer (or Hoshi no Samidare), he is called "The Wizard" at the beginning of the series, he goes against the princess anima and wants to destroy the earth to know the origin of the universe and become omniscient.

Origin: Lucifer and The Biscuit Hammer

Superhuman Physical Characteristics, Hammer User, Flight, Immortality (Types 1 and 3), Regeneration (High-Mid), Summoning (Can summon any of his golems in combat), Reality Warping, Time Travel (Able to travel through time and space), Matter Manipulation (Can conjure matter from nothing. Is also capable of reforming the beings he created), Electricity Manipulation and Homing Attack (Can create electrical spheres, which chase opponents and affect their nerves), Law Manipulation (Like Anima, he can trap his targets in a kind of game with rules in reality that cannot be deflected), Self-Sustenance (Types 1, 2 and 3), Sound Manipulation (Completely removed the sound of Akane's fight), Aura (His simple anger causes an aura creating tension in all Beast Knights), Space-Time Manipulation (Able to create wormholes and destroy space-time), Sealing (Claim to be able to completely able of seal his powers), Life Manipulation and Creation (Created and gave life to each of his golems), Teleportation, Dream Manipulation (Can invade the dream world of multiple people simultaneously), BFR (Both dimensional and planetary), Energy Projection, Power Bestowal (Gave powers to his golems and to Akane Taiyou. His sister also gave powers to all Beast Knights), Weather Manipulation (Like Samidare, he must be able to move clouds with the tip of his finger), Invisibility (He is unable to be seen by those who are not Beast Knights. Made all his golems and his Biscuit Hammer invisible in the same way), Explosion Manipulation (Exploded a satellite with a simple hand gesture), Berserk Mode, Rage Power and Transformation (When furious, Animus becomes black and extremely more violent and brutal), Fate Manipulation (Like Anima, he must be able to guide other people's destiny. Like when she made Yuuhi and Samidare meet in the future again), Forcefield Creation (Generated a barrier around his island), Size Manipulation (In a matter of seconds, he made the Biscuit Hammer as big as natural satellites), Power Nullification (Only a hand movement from Samidare dissipated Yuuhi's Babylon and Animus possessed all of her powers), possibly Acausality (Type 1), Limited Inorganic Physiology (His body is partially spiritual which is sustained thanks to his powers), Air Manipulation (Can create shockwaves), Dimensional Travel, Cloth Manipulation (Can change his clothes at his own will), Immunity to natural diseases, Resistance to Reality Warping (Beast Knights' wish granting cannot affect him - What at least includes: Death Manipulation, Mind Manipulation, Causality Manipulation, Attack Reflection)

Invisibility, Natural Weaponry, Fusionism (Golems can merge with each other to become a stronger being), Inorganic Physiology (Golens are all made of Clay), Energy Projection, Duplication and Reactive Evolution (Can create clones that will always duplicate once they die, coming back even more powerful than before with improved defense systems in their bodied), Shapeshifting and Power Mimicry (Can transform into anyone that he seen, including fictional people, copying their abilities as well), Telepathy (Maimakterion is able to read minds).

Reality Warping (Each Knight is entitled to a wish from the contract, and that wish is part of Anima's powers), Death Manipulation (Hanako made a bandit commit suicide after wishing for his death), Mind Manipulation (The effect a poorly explained wish can cause brain effects to alter people's minds and change their personalities. The wish can also influence commands to the minds of others directly), Causality Manipulation (Using her wish, Hakudou made her family members die with a smile on their faces. Wishes can also be used for a person to have a happy life or win on the lottery), Power Mimicry (Shimaki used his wish to have the ability to recreate Animus golems), Power Bestowal (Hangetsu used his wish to guarantee Yuuhi his martial skills), Creation (Wishes can also bem used for create matter), Attack Reflection and Healing (Tarou used his wish to reflect Hakudou fatal wound to his body and heal her), Biological Manipulation (Yuuhi used his wish to remove a disease from his grandfather), Telekinesis, Danmaku, Weapon Creation, Extrasensory Perception (Able to sense the danger alert of the enemy's presence), Time Manipulation (Via Pandora; Able to reverse the state of anything in time. Doing this to heal others or himself, or turn beings back in time to a point where they don't exist), Ice Manipulation, Fire Manipulation and Explosion Manipulation, Statistics Amplification and Statistics Reduction (via Air Space Control Babylon; Can create a zone that slows down his opponent's speed while increasing his own speed dozens of times)

Attack Potency: Town level+ (Casually created a huge crater by hitting the ground with his Mini-Biscuit Hammer), at least Large Planet level with The Biscuit Hammer (Destroyed the Earth)

Speed: Sub-Relativistic (Even as a child, he spun the Hammer Biscuit at that speed)

Lifting Strength: Class E (Can lift the Biscuit Hammer which has this weight)

Durability: Town level+ (Endured the impact of his own attacks), City level with barriers (Supported Samidare's attacks), Immortality, Regeneration, and Duplication make it extremely difficult to actually be killed

Stamina: Limitless (Due his body not being made of flesh and bones).

Intelligence: Very High (Born strategist. Genius of physical combat, every time he played against his sister in the battle of the destruction of the earth he was only defeated once, and they played it for at least hundreds of years. In love with knowledge and books since his childhood)

Weaknesses: His powers seem to weaken as he goes back in time.

Note: Animus has the same powers as Anima, the same one that grant powers to Samidare and Beast Knights.