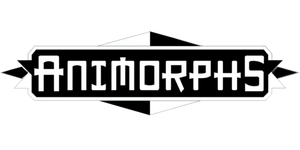 For detailed information about this series, visit the Animorphs wiki, Seerowpedia

Animorphs is a Scholastic book series written by K.A. Applegate that was later adapted into a T.V. series. The story revolves around five kids as they fight a war against aliens to save the Earth. The series has a major focus on the main cast dealing with PTSD and other mental trauma.

With the Morphing technology, characters have the ability to shapeshift into any creature they can touch. Most morph capable characters cap out around wall to small building level. The Yeerks possess ray guns capable of full disintegration and most space fairing races have warp technology.

Two charactes of note are The Ellimist and Crayak, both of which are immensely powerful reality warpers that exeist beyond the physical realm and are capable of wiping out galaxies. The Ellimist created a device call the Time Matrix which has displayed the ability to create a new universe.