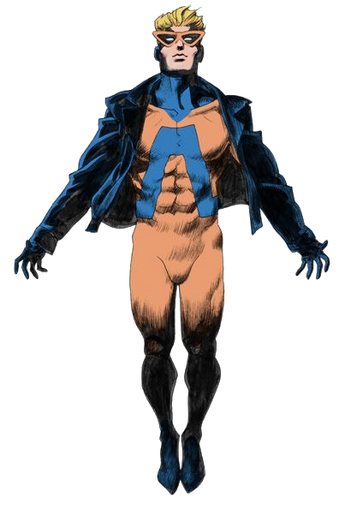 Classification: Human, Avatar of The Red

Attack Potency: Wall level (Can tear metal walls and gates apart, destroyed a clone of Mirror Master while weakened, knocked a T-Rex out, punched an elevator out of a building, smashed the hood of a car by jumping on it, hit B'wana Beast hard enough to damage concrete)

Speed: Varies from Superhuman (Ran at 75 MPH while copying an ant, can replicate an impala's speed) to Massively FTL+ (Dodged an attack from Overman and flew intergalactic distances while channeling Sun-Eater's power)

Weaknesses: Suffers from an existential crisis