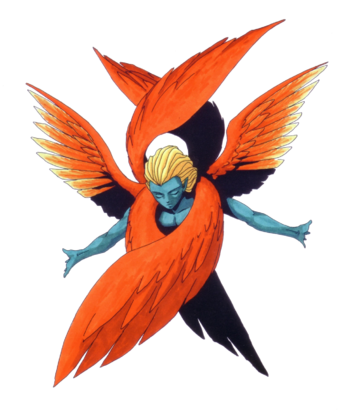 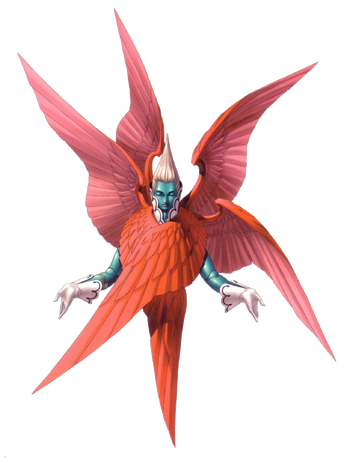 Aniel is an angel in Jewish lore and angelology and is often included in lists as being one of the seven archangels. Aniel is generally associated with the planet Venus and is also the archangel of the Sephirah Netzach. Aniel was sent to protect Maria during her pregnancy. He is the angel of December and is associated with the zodiac sign Capricorn.

Age: Beyond the concept of time

Attack Potency: Universe level+ (As a high class Angel, he should be comparable to demonic generals such as Jezebel)

Speed: Immeasurable (Demon Gods exist naturally unbound by Space-Time and the Laws of Physics, being natives to the Expanse, a higher realm of pure thought which transcends the flow of linear Time across the Multiverse, and allows individuals to travel through Time by using it as a medium)

Retrieved from "https://vsbattles.fandom.com/wiki/Aniel_(Shin_Megami_Tensei)?oldid=6962348"
Community content is available under CC-BY-SA unless otherwise noted.