VS Battles Wiki
Register
Don't have an account?
Sign In
Advertisement
in: Tier 5, Tier High 5-A, Characters,
and 21 more 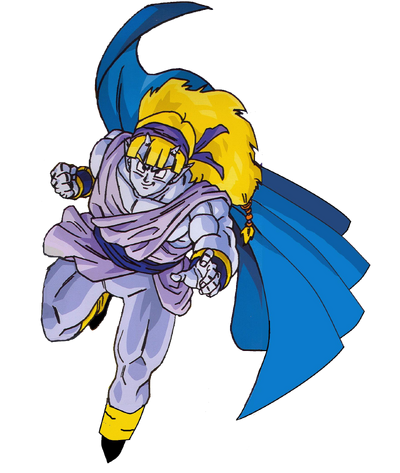 Angila (アンギラ, Angira) is one of Lord Slug's henchmen who appears in the 1991 film Dragon Ball Z: Lord Slug.

Powers and Abilities: Skilled Martial Artist, Superhuman Physical Characteristics, Acrobatics, Flight, Breath Attack, Chi Manipulation (Can be used defensively and offensively, to strengthen his skin or to fire ki blasts, which can home in on targets, and form defensive barriers), Body Control, Can extend the length of his arms

Attack Potency: Dwarf Star level+ (As the strongest henchman of Lord Slug, he is superior to Dorodabo and Medamatcha, who was able to fight anime Namek Saga Gohan, who is superior to anime King Vegeta)

Durability: Dwarf Star level+ (Took a ki blast from non-canon Piccolo, who had a much higher power level than his Saiyan Saga self)

Weaknesses: He is extremely arrogant and loves to taunt people