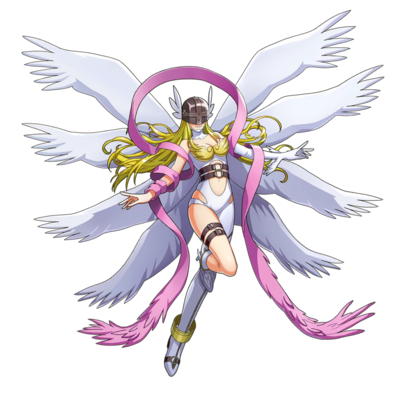 Angewomon is a perfect level, Archangel type Digimon. She is considered to be a "Perfect Angel" due to the greatness of her abilities and by the virtue of having eight wings, while most angels only have six. She is extremely kind and gentle, like her evolved form Ofanimon. Despite her kindness, she will not hesitate to slay those who she considers crooked and evil, even her attack "Heavens Charm" deals greater damage against evil enemies. Because of her sheer power and love, she is is said to be a goddess of the Digital World. 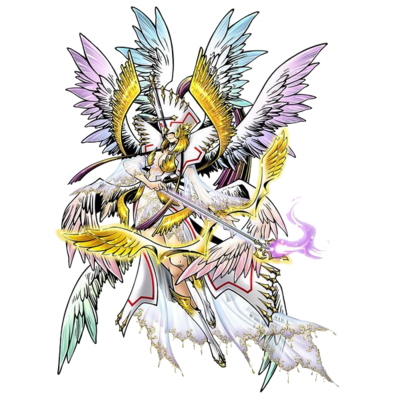 Its sacred power is amplified, and Angewomon can release pure spirit by touching fire, earth, wind, and water. As a result, fire has the effect of driving away evil, the earth quickly sprouts and blooms, water is purified, and wind makes any Digimon it touches gentle. 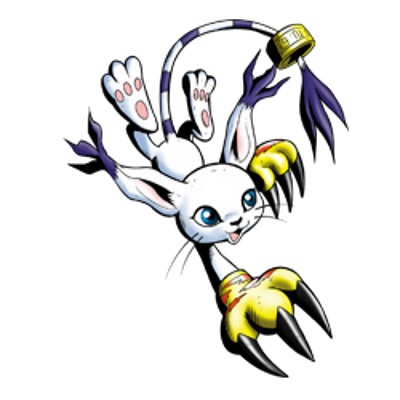 It has a very healthy curiosity, so it loves pranks. Although its body is small, it is a precious Holy-species Digimon, and its appearance does not match the true strength it possesses. It wears a Holy Ring on its tail, proof that it is a Holy-species, but if this Holy Ring is lost, its power is decreased and it can no longer exhibit its original power. In order to defend itself, it wears long claws copied from Saber Leomon's data. 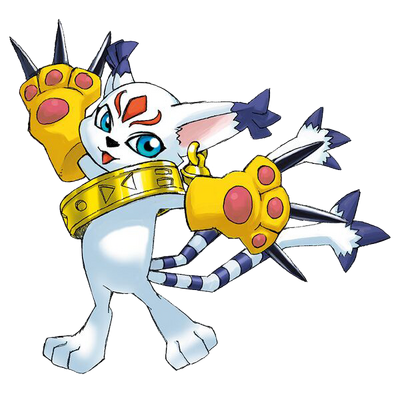 Its body has become smaller, its curiosity and desire to cause mischief have been enhanced even more, and its original, innocent demeanor manifests strongly. Rather than transforming into a fighting figure, it is said that Tailmon's original, natural form was drawn out this way as a change to eliminate redundant features and exhibit more of the holy power hidden within Tailmon. The suzu-shaped "Holy Chime" attached to its ear rings intensely due to the extent of its holy power, and has the ability to drive off evil Digimon. 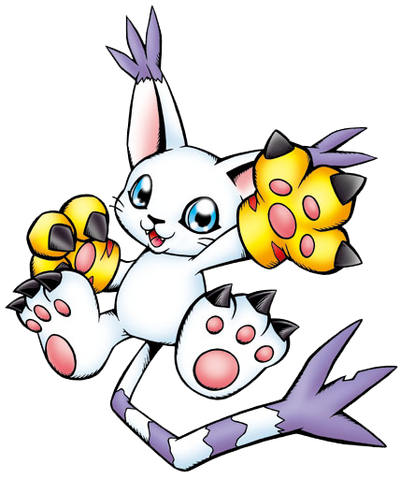 Gender: Technically Genderless, but regarded as and appears Female

All previous abilities amplified, Resistance to Existence Erasure and Power Nullification (With the X-Antibody, Monzaemon can resist Yggdrasil's Program X that erases beings from existence or if the target survives, nullifies their abilities)

All previous abilities, Acausality (Types 1 and 4. Angel Digimon exist in the Kernel, the Yggdrasil System outside the New Digital World, which means they exist outside the past, present and future), Flight, Morality Manipulation (Can purify evil and make evil beings become good entities), Bow Mastery, Sleep Manipulation, Can immobolize enemies.

Speed: Massively Hypersonic+ (Superior to Rookie Digimon and should be comparable to Wizardmon) with Relativistic reactions (Champion level Digimon should be able to move and react to Aiba) | Relativistic (Should be equal in speed to Takumi Aiba) with FTL Combat and Reaction speed (Should be comparable to Peckmon who could dodge Sunflowmon's Sunshine Beam from a close distance)

Intelligence: Almost every depiction and form of Angewomon is extremely smart with a vast knowledge of the Digital World and its laws, as well as a combat expert.

Weaknesses: If Gatomon loses her Holy Ring, a large chunk of her power is lost. Darkness based skills. Data Digimon

Gatomon and Wizardmon
Add a photo to this gallery

Retrieved from "https://vsbattles.fandom.com/wiki/Angewomon?oldid=6990936"
Community content is available under CC-BY-SA unless otherwise noted.