VS Battles Wiki
Register
Don't have an account?
Sign In
Advertisement
in: Tier 7, Tier High 7-A, Tier 6,
and 78 more 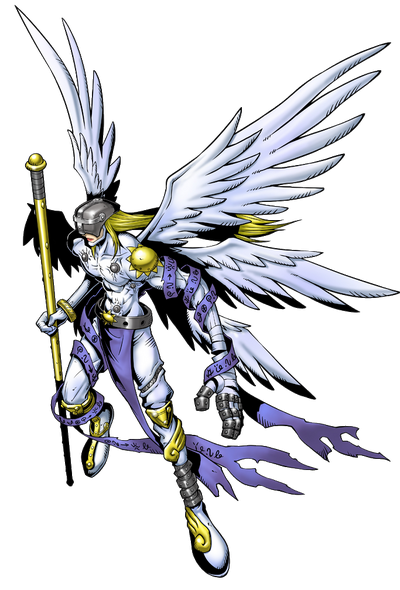 One of the most iconic and enduring aspects of the Digimon mythology is the Angemon family of Digimon. A large family of Digimon, containing both holy and wicked aligned Digimon, the species has played a major part in nearly every piece of Digimon media in some way or another. Regarded as the best soldiers of Heaven, Angemon will eventually lead the battle against Devimon in the final battle of Good vs Evil. 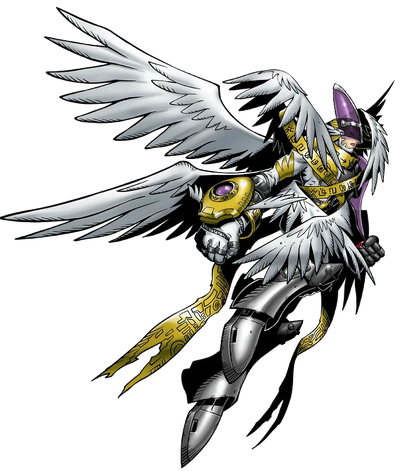 An Archangel Digimon with eight shining, silver wings. Holy Angemon's mission in the Digital World is as a law enforcement officer, and it has the duty of supervising and surveying the many Angel Digimon. Furthermore, although it is the speaker for the essence of "Light" trying to preserve the order of the Digital World, and is usually in the shape of a priest, when the Digital World is shrouded by the essence of "Darkness", it changes into its Battle Mode and attacks the evil. -- Also, although Holy Angemon has a personality replete with gentleness and kindness when it is in Priest Mode, it takes on an austere personality when it is in Battle Mode. 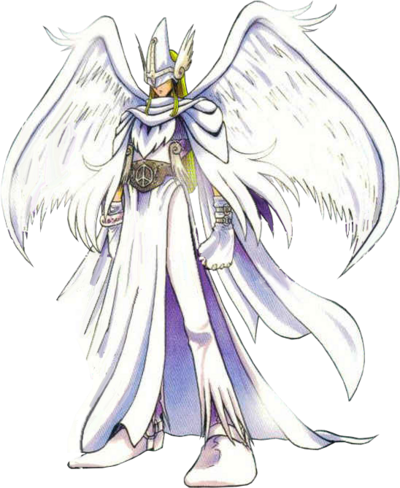 A Holy Angemon with the duty to uphold the law of the Digital World. Assuming this form except during battle, it supervises Angel Digimon.

All previous inherited skills, Time Manipulation (In the forms of time stop and destruction), Metal Manipulation, Spatial Manipulation, Water Manipulation, Quantum Manipulation via Blue Flare Breath and Dark Crusher, Memory Manipulation, Invisibility, Duplication (Inherited from Keramon. Can create countless clones of itself in mere moments, although their abilities are weaker than the original), Probability Manipulation (Those who acquire the power of the Digimental of Miracles, no matter what kind of predicament they fall into, are able to overcome it through that miraculous power. As such this Digimental is called a miracle item), Sleep Manipulation, Dimensional BFR via Hell's Hand (Can drag beings into the Dark Area in which they are erased from existence), Madness Manipulation (Type 2).

Speed: Massively Hypersonic+ (Superior to Rookie Digimon and should be comparable to Wizardmon) with Relativistic reactions (Champion level Digimon should be able to move and react to Aiba) | Relativistic (Should be equal in speed to Takumi Aiba) with FTL Combat and Reaction speed (Should be comparable to Peckmon who could dodge Sunflowmon's Sunshine Beam from a close distance)

Intelligence: Tends to vary on the Angemon and species, though the entire family of Angemon, both good and bad, are all very intelligent in their own ways. Typically, great warriors, the Angemon family are often the greatest soldiers of Heaven and will lead the charge against Devimon in the apocalypse. MagnaAngemon is intelligent enough to be the speaker of God itself and Seraphimon is an entity who is the personal executor of God's holy laws.