VS Battles Wiki
Register
Don't have an account?
Sign In
Advertisement
in: Antagonists, Male Characters, Light Novel Characters,
and 14 more

Angelus (Seven Senses of the Re'Union) 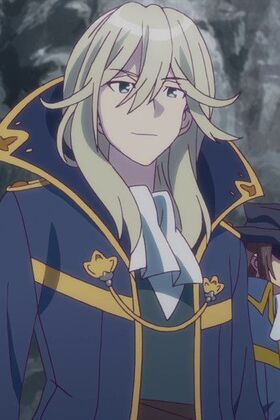 Angelus is one of the antagonists in Seven Senses of the Re'Union. He was the leader of the Brill Society guild, one of the many guilds that sought Asahi's power. Soon it is allied next to Letos, leader of Southern Cross, and to Takanori, the leader of Illuminati. But finally, he ends up deceiving both, in order to end the Subaru guild and try to form his ideal world in ReUnion, until he is defeated.

Origin: Seven Senses of the Re'Union

Intelligence: High, he was able to make a plan by deceiving the Illuminati guild and the Southern Cross guild.

Weaknesses: He has not shown experience in the fight, since to stop Haruto and the others he had to make several preparations, and still he was defeated. Also, Takanori mentioned that Angelus's Empathic Sense does not work with high-level players like Haruto