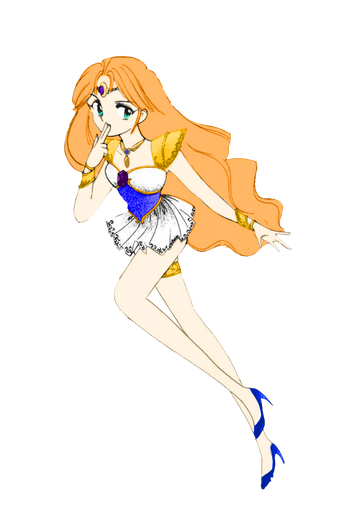 Angel Lily is one of the four Love Angels that were born on earth in order to fight against the Demons that are after the Four Sacred Somethings. She is the wielder of the Something Blue. Her civilian identity is Yuri Tanima. Yuri is actually the reincarnation of the Angel Lily that was blown across space-time in the battle with the Demon, Uragano and who fell in love with the High Angel, Limone.

Powers and Abilities: Superhuman Physical Characteristics, Enhanced Senses (Even in her civillian state, she was able to detect a strong presence), Magic, Transformation, Healing, Purification, Light Manipulation, Empathic Manipulation and Energy Manipulation (The Love Wave (energy) that Angels carry is positive emotions/energy, love, and friendship, can create a streak of energy that binds opponents), Creation (Can create weapons), Holy Manipulation (Possesses the Something Blue, which is said to be of sacred powers and have the "blessings of the whole world", her other weapons should be comparable to Wedding Peach's, Reincarnation and Past Life Awareness.

Attack Potency: Building level (Along with Daisy, destroyed a house in their clash with Pluie) | Large Building level (Superior to her previous form, was capable of hurting Ignious)

Range: Standard melee range, Tens of meters with her powers

Weaknesses: Her powers are based on love and purification, so her powers might be limited to only those with sufficiently evil powers. She can also be corrupted with negative energy 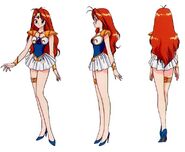 Saint Spiral Whip (Anime only)
Add a photo to this gallery

Retrieved from "https://vsbattles.fandom.com/wiki/Angel_Lily?oldid=6948026"
Community content is available under CC-BY-SA unless otherwise noted.