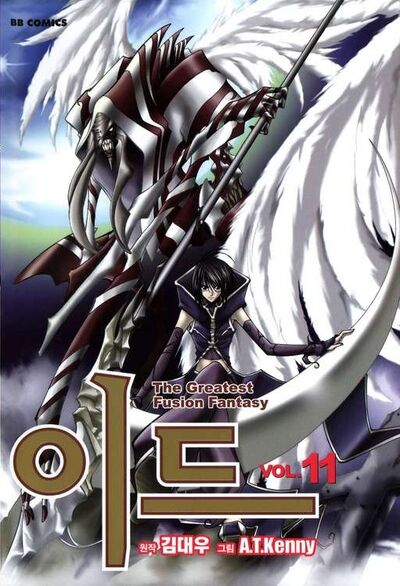 Powers and Abilities: Superhuman Physical Characteristics, Flight, Teleportation, energy blast, Magic, Energy Manipulation, can change his form to either angelic or demonic and splits parts of his body and change them into weapons and summon a group of multiple Angels to aid him in battle

Attack Potency: At least Country level (Easily defeated and could have killed Ground Zero Percer if he wants and take on Ground Zero Chaos, Ashirijen, Mercio and Kukuro without being pushed back)

Range: At least several dozens of meters; much higher via power-scaling

Intelligence: Acting like somewhat very fierce and crazy but actually a skilled combatant and tactician as he lets Percer alive to let him and come back and detect the Babel Tower's location at the same time

Retrieved from "https://vsbattles.fandom.com/wiki/Angel_Leader_(Id_The_Greatest_Fusion_Fantasy)?oldid=4790493"
Community content is available under CC-BY-SA unless otherwise noted.