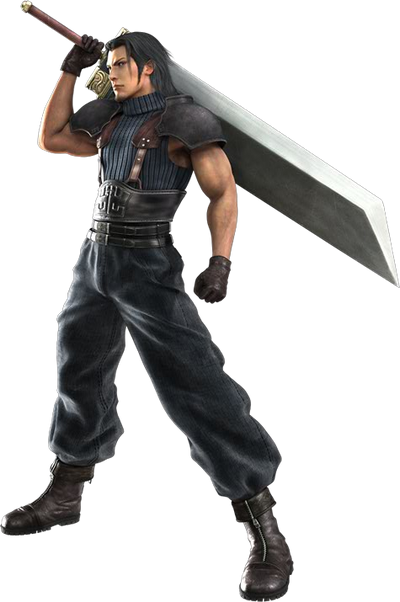 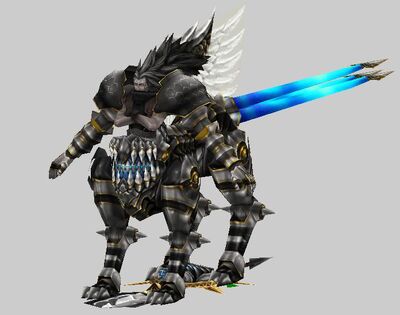 Angeal Hewley, like his friends Sephiroth and Genesis Rhapsodos, is the project of a secret experiment involving the cells of a cosmic horror called Jenova. Angeal himself is the final result of Project G, resulting in a superhumanly powerful being who could copy and imprint the genetic structure of any creature he encounters (including himself) onto others. He is not aware of this at first, but the revelation horrifies him, causing him to see himself as less than human. He eventually fuses with the many copies of his genetic material he created to form Angeal Penance. As a result, his protege and close friend, Zack Fair, is forced to end his misery by slaying him, resulting in Zack inheriting the Buster Sword and gaining his trademark scar.

Speed: Massively FTL+ (On par with Zack and is superior to Bahamut Fury)

Range: Extended melee range with his sword, much higher with magic.

Standard Equipment: The Buster Sword (Although he prefers not to use it), A standard-issue SOLDIER blade.

Intelligence: A master swordsman on par with the legendary Sephiroth, Angeal was not only Zack's mentor, but one of the only First-Class Soldiers in Shinra. In addition, he shows a particular emphasis on melee combat compared to the others, with all of his strongest attacks being melee-based and is also well-versed in melee combat. Despite his distaste for his powers, he is skilled with them, manufacturing a small army of Angeal Clones which he has a telepathic link with him and follow his commands. However, his mental well-being took a massive blow after the revelation of his birth, causing him to become a death seeker, turning himself into a monster to get Zack to kill him.

Weaknesses: He has a great deal of self-loathing and wishes for nothing more but to die for being a "monster", frequently uses a standard-issue blade rather than his vastly superior Buster Sword on principle.